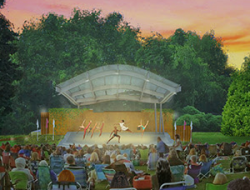 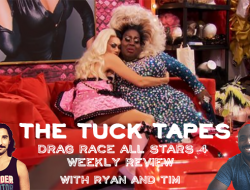 Pacific Northwest Ballet announced today that principal dancer JONATHAN PORRETTA, will end his 20 year career with the Company after the current 2018/19 Season. The dancer will be honored with a celebration at PNB’s Season Encore Performance on Sunday, June 9, 2019 but will make his final run of live performances in the upcoming THE SLEEPING BEAUTY from February 1st through the 10th, portraying the villainous Carabosse.

Tickets are on sale now for The Sleeping Beauty, through the PNB Box Office. Tickets to the Season Encore Performance go on sale to subscribers on Tuesday, January 15, and to the general public the following Tuesday, January 22.

Pacific Northwest Ballet artistic director Peter Boal had this to say about the dancer:

“You can’t not notice Jonathan Porretta….part powerhouse, part poet and pure thrill. Jonathan leaves it all on the stage in every performance and it is with tremendous gratitude that we salute his robust career on the bittersweet occasion of his retirement.

“When I taught my first ballet class at the School of American Ballet almost 25 years ago, Jonathan was there, full of pep, promise and dedication. He was in the early stages of transforming from Energizer bunny to danseur noble. I was so pleased for him when he received a contract with PNB and even more pleased to reconnect with this super-talented dynamo a few years later when I moved to Seattle.

“I witnessed a few of his early triumphs in ballets by Kent [Stowell] like his airborne Jester in Swan Lake, the charming Dual Lish with Noelani Pantastico, and in many Balanchine roles staged and coached by Francia [Russell], including his meddlesome Puck, quicksilver Oberon, and arresting Prodigal Son. His performances as the Chosen One in Glen Tetley’s Rite of Spring and then in Molissa Fenley’s State of Darkness to the same Stravinsky score are etched deep in my memory. Rubies; Square Dance; In the Middle, Somewhat Elevated; Carabosse; Caught; Coppélia’s Franz; Fancy Free – the list is long and the memories dear. And through his entire career Jonathan has been unabashedly Jonathan, breaking molds, inspiring others, supporting friends, winning hearts, and spreading joy. How lucky we have been to share in this artist’s journey.”

Jonathan Porretta is proud and grateful for his career:

“I am genuinely so proud of my 20-year career with PNB,” said Mr. Porretta. “I can’t even believe it’s been 20 years! It has truly been a dream come true and there aren’t enough words in the universe to convey just how much I have loved dancing here. This is and will always be my home. I feel so privileged to have gotten to dance under the directorship of three incredible directors, Kent Stowell, Francia Russell, and Peter Boal.

“I was in the very first class Peter Boal ever taught at the School of American Ballet and I was in awe of him. He was one of my ballet idols. Getting to work with him as an adult was poetic. Getting to learn from him these past 14 years has been a gift that I will forever treasure.

“I have never truly thanked Kent Stowell for seeing something in me during that summer Krammy class [taught by legendary instructor Andrei Kramarevsky] in 1999. He offered me my contract after watching me that day in class and made me feel special. He choreographed roles and ballets on me and he nurtured and celebrated the side of me that a lot of others tried to diminish and change. He never once made me feel ashamed of what made me… me. He always made me feel special and loved.

“Francia Russell: Where to begin? Thank you for never settling for anything but the best. Thank you for teaching me so much. Thank you for all your amazing wisdom and nuance. Thank you for your guidance and patience. And love and class. Thank you for everything. I still strive to this day to make Franny proud of me! And I think I will always want to make her proud for the rest of my life.

“This career is as much my Mom’s as it is mine. She’s my best friend, and my hero. She has been my biggest supporter and number-one fan for 37 years and there’s no one I look up to more than her. Porretta discussed the importance of his mother in his life and career in his memoir, 2016’s Out There: Jonathan Porretta’s Life in Dance by Marcie Sillman, featuring photos by Angela Sterling as well as family photos. In the book, Porretta frankly discusses his life as a gay man in the world of ballet and the importance of family when dealing with both the ups and downs of a long career that has included some crippling injuries.

“When I think about my life with PNB all I can do is smile. I am genuinely so proud and fulfilled. It’s a bit of a blur, to be honest. Part of me still feels like I’m 18 and I’m going to get in trouble for standing so far out in the wings watching Patricia Barker just nailing Paquita – true story. I have loved dancing in this company. There have been so many amazing, inspiring artists and friends that I’ve gotten to dance and grow with. I never imagined making such close relationships with so many special, remarkable people. We really are a family.

“For the past six years I’ve been dealing with an injury that turned into two surgeries and I was still in constant pain. It was painful just to walk. I kept it hidden as well as I could, but it’s ultimately the reason why I decided to retire. I had planned my retirement for the end of the 2019 season and just prayed that I would be able to get back on stage a few more times before that day would come. Then suddenly, on January 19, 2018, I ruptured my Achilles tendon. I know that this decision is the right one for me at this time. I have no regrets and am so incredibly fulfilled by these amazing years. The stage will always be my most favorite place and my first true love.”

Audiences will have several opportunities to catch Mr. Porretta in performance as Carabosse in the upcoming production of Ronald Hynd’s The Sleeping Beauty(February 1 – 10.) Mr. Porretta is scheduled to appear in all performances except the 1:00 matinees on February 2, 9 and 10 which will feature PNB soloist Steven Loch as Carabosse. Tickets are on sale now through the PNB Box Office.

The PNB Box Office may be reached by calling 206.441.2424, in person at 301 Mercer Street at Seattle Center, or online at PNB.org. (Schedule, programming and casting are subject to change. For up-to-date casting information, check performance details on PNB.org.) Jonathan Porretta is from Totowa, New Jersey. He trained on full scholarship at the School of American Ballet. Mr. Porretta joined Pacific Northwest Ballet as an apprentice in 1999. He was promoted to corps de ballet in 2000, soloist in 2002, and principal in 2005. Mr. Porretta has danced with Dances Patrelle in New York and performed as a guest artist with Central Pennsylvania Youth Ballet, Oregon Ballet Theatre, and San Francisco Opera Ballet.

2016 saw the publication of Out There: Jonathan Porretta’s Life in Dance by Marcie Sillman, featuring photos by Angela Sterling. The book’s message – “Be yourself and people will love you for who you are” – comes through clearly in Sillman’s engaging prose. Family snapshots complement Sterling’s dance photography to shine a spotlight on Porretta’s career. Out There: Jonathan Porretta’s Life in Dance is available for purchase through Amusements Gift Shop (AmusementsGiftShop.com or 206.774.4990.)