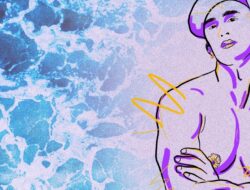 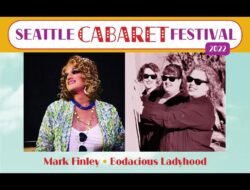 Seattle Cabaret Festival Continues With The Swan Song of...

Looking for a way to support Ukraine while they are being attacked by Russia and facing devastation, displacement and destruction of its people and communities?

In Seattle, we can help support one of those communities with UNITY: A CONCERT FOR UKRAINE an event being produced in partnership with the Seattle Opera, Pacific Northwest Ballet and McCaw Hall happening on Monday, May 16th. Funds raised will aid displaced Ukrainian artist refugees taking shelter at Poland’s Poznań Opera House. The one night only event/fundraiser will feature the PNB Orchestra under the direction of Emil de Cou and Alevtina Ioffe with artists from Seattle Opera.

SEATTLE, WA – Pacific Northwest Ballet Orchestra and Seattle Opera have collaborated to present a benefit concert for Ukrainian artists. The PNB Orchestra, conducted by PNB music director Emil de Cou and Alevtina Ioffe (currently making her Seattle Opera debut with The Marriage of Figaro), will be joined by Ukrainian mezzo- soprano Olga Syniakova and others, for a performance featuring Ukrainian folk songs, A Prayer for Ukraine (Silvestrov), music by Tchaikovsky, Prokofiev and Delibes, and more. 100% of proceeds will be donated to the Pegaz Cultural Association, which is working closely with the Poznań Opera House in Poland and other local organizations to host artist residencies by providing housing, food, rehearsal space and performance opportunities for Ukrainian artists who have taken refuge in Poland.

UNITY: A Concert for Ukraine will be performed one night only, Monday, May 16 at Seattle Center’s Marion Oliver McCaw Hall. Curtain is at 7:30 pm. Tickets are give-what-you-can with a minimum of $10. (Donation amounts above $25 are tax-deductible.) Seating is general admission. Tickets may be purchased exclusively through the PNB Box Office, by calling 206.441.2424, or online at PNB.org. (This performance does not include PNB dancers.)

The hour-long program will include:

Traditional            Variations on the Ukrainian folksong “The Bandura”

UNITY: A Concert for Ukraine tickets ($10 minimum donation, give-what-you-can*) may be purchased through the PNB Box Office:

*Fair market value of these tickets is $25, so all donation amounts above $25 are tax-deductible.

Subject to availability, tickets may be available 90 minutes prior to the performance at McCaw Hall. Seating is general admission.

Not able to attend the concert but would still like to lend your support? Click Here to Donate!