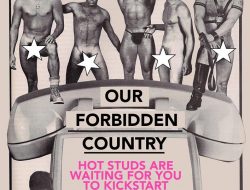 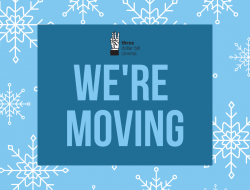 We’re down to the last six weeks or so for Seattle Art Museum’s beautiful fall show, Peacock in the Desert: The Royal Arts of Jodhpur, India which showcases the arts and crafts from the former kingdom of Marwar-Jodhpur in Rajasthan now part of India. Typically, many people wait until the last minute to see these big shows, and it can get crowded if you don’t plan accordingly!

Also, you need to take into account the Alaska Way Viaduct is coming down in January which is likely to impact traffic to downtown Seattle. If you rely on the Viaduct to get to and fro Downtown Seattle then it might behoove you to go before the Viaduct shuts down on January 11th!

More info on the show in its final weeks including some special events!

The Seattle Art Museum’s major fall exhibition, Peacock in the Desert: The Royal Arts of Jodhpur, India, closes Monday January 21, 2019. Showcasing five centuries of artistic creation from the kingdom of Marwar-Jodhpur in Rajasthan, the exhibition features intricate paintings, decorative arts, elaborate tents, canopies, textiles, and jewelry—many of which have never before been seen beyond palace walls or traveled to the United States.

As demolition begins on the Alaskan Way Viaduct in January, SAM will have a special offer for visitors to the downtown museum. January 11–21, visitors can get a 2-for-1 discount on tickets for the special exhibition, available online only using discount code 2For1Peacock.

SAM will be closed on major upcoming holidays that land on days that the museum is typically closed, with the exception of Martin Luther King, Jr. Day, which is also the final day of the exhibition. Peacock in the Desert Tours

Take a guided tour to discover even more about the art of India. Decode the meaning of paintings, marvel at the craftsmanship of skilled artisans, and learn about the continuing legacy of the Maharaja. Tours will provide historical context, emphasize close looking, and encourage visitors to draw personal connections to Rajasthan, India’s largest state. Free with exhibition entry.

SAM’s Gardner Center for Asian Art & Ideas and Tasveer present Tasveer Reads: South Asian Literary Festival, which brings together an eclectic group of writers expressing a wide range of South Asian diasporic voices. The festival is free and open to the public.

Hear a panel discussion on issues of race and gender in South Asian American literature moderated by the University of Washington’s Radhika Govindarajan. Following at 3pm, author Sharmila Sen will read from and discuss her autobiography, Not Quite Not White: Losing and Finding Race in America. Sen is executive editor-at-large at Harvard University Press.

Tasveer Reads: Film Adaptation in the US

Directed by Himansu Rai and Franz Osten, this silent film presents the tale of Ranjit and Sohan, two kings gambling for the love of Sunita, the daughter of a hermit. The two men decide to play a round of craps to determine who will marry her, but the game does not end there. Shot in 1920s Rajasthan with Indian cinema stars and presented with new music.