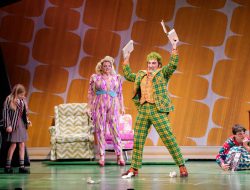 Village’s Matilda the Musical Heads to Everett: Inspiring for... 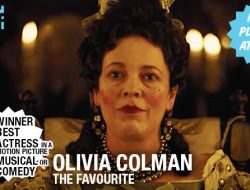 SIFF Offers Up A Recap of the Shocking Golden... Celebrating the New & Innovative in January

January is a celebration of what’s ahead — an ode to the new, an opportunity to explore.  Here are some promising January theatre picks, perfect to welcome the year ahead.

The 14/48 festivals have become something of a Seattle institution, widely attended by theatre artists and frequent theatre-goers, and unique because of the pressure cooker-like intensity of production schedule: 14 new (short) plays, created, shown, and done in 48 hours.  Then the whole process repeats again with a new group the following weekend. Don’t expect the next great epic — but it’s an awful lot of fun.

A new company I know nothing about, and yet … I’m a sucker for a site-specific piece with a small house.  This one’s at someone’s actual house, in Redmond, and centers on romantic fantasy meets real life: when a pair of straight people leave their respective spouses behind to be with each other, they find the real-life consequences of their decisions make for a heavier burden on that fantasy romance than they anticipated.

Come Up Productions’ stated mission includes celebrating the artists “who want to push the envelope of their medium: breathing new life not only to their art, but to audiences as well.”  Sounds right for the new year. Also — every production is free.

Show opens 1/5 and runs through 1/13, at a private residence in Redmond (address displayed on ticketing page) (7:30 pm Friday-Saturday, 2:30 pm Sunday).  Tickets are free for all, with donations accepted. Audiences are capped at 16; reserve in advance here.

Macha’s long-running Distillery series brings developmental work, mostly by women, to Seattle audiences.  This one, by Rachel Bykowski, is about women in football. A workshop reading before it heads to Majestic Repertory Theatre in Las Vegas.

Reading is 1/7 (Monday, one night only) at West of Lenin in Fremont, at 7 pm.  Admission is free, no tickets required; more info here. WET usually mounts some discussion-worthy shows, and this recent play by Chilean playwright  Guillermo Calderon will probably be no exception. Two devotees of non-violent, anti-capitalist anarchy are searching for ways to voice their political beliefs and prove their dedication to the cause.  They meet up with a disillusioned bomb maker. What could go wrong?

Tré Calhoun is an emerging local playwright, whose work has appeared with Forward Flux, Parley, Pony World, and Seattle Fringe; and actor, whose local work includes Book-It, Forward Flux, Taproot, and Washington Ensemble Theatre.  Here, he combines those skills as both playwright and performer in a solo show, “a rap musical about finding home.”

The premise sounds entirely relatable to The Millennial Experience: a 25-year-old is alone after his best friend gets married; he wanders through the next decade or so, with fake friends, lost pets, and battles with love and technology; he travels a lot; and he is consistently plagued with loneliness.  It’s new material in an intriguing format, and directed by Wesley Fruge, whose direction has enabled two recent exceptional, tender plays: A Small History of Amal, Age 7; and No More Sad Things (both with Forward Flux).

In the vein of 14/48’s concept of surprise, Everybody is intriguing because every actor plays a different role (chosen randomly) every night — which sounds promising here, rather than chaotic, because the whole cast is fantastic.  The premise, in a script by Branden Jacobs-Jenkins, is that everybody dies — and, in this case, wants to take someone with them. Cast members are Megan Ahiers, Susanna Burney, Mary Ewald, Annelih GH Hamilton, Justin Huertas, Adrian Kljucec, Lamar Legend, & MJ Sieber.

Expect an especially actor-driven performance and a different production each time — and, for that reason, this show might be worth seeing more than once.  Those inclined for a return trip might consider taking advantage of the free previews and Gold Ticket options (see below).

Sound Theatre has been pushing the envelope for some time, challenging theatre to pay attention to voices who aren’t the straight White men of theatre tradition (which really shouldn’t be “pushing the envelope” at all).  This season, they start off with a reading series focused on among the most forcibly silenced voices of all: those of Native American and Indigenous peoples.

A monthly, year-long event; titles and ticketing info not announced yet.

In 80 performances over three months, Cherdonna Shinatra, the over-the-top artist/drag character of Jody Kuehner (recent Artist Trust fellow, City Arts artist of the year, and Stranger Genius Award winner), and her new dance company, DONNA, take over the Frye Art Museum.  In the installation, Cherdonna and company will upend the white-walled aesthetic of the galleries and turn her performance environment instead into “a wildly colorful, multi-textured environment of fabric-coated walls, checkerboard flooring, and audioscape” — which she views as a matriarchal domain, and rejection of the usual patriarchal structures of sterile gallery spaces.  The performers will undertake to make every single person at the performance happy. It’s an audacious goal — but will be an interesting one to watch unfold.

The performance schedule is apparently one geared toward the lunchtime, students, and seniors crowd: Tuesdays & Fridays 11:30 am; Wednesdays, Saturdays & Sundays 2 pm; Thursdays 5 pm; no performances Mondays.

Other Theater Events of Interest this Month

And Then I Got Fired: On Being Trans, Unemployed & Surviving Anyway, January 17-19

Kendra Kassebaum is always a treat, so seeing her in this two-hander should be enjoyable, alongside Peter Saide (who’s all over the Internet with a band called The Skivvies).  Village’s musical productions are always strong in design elements. But this is a show where the script, about the course of 50 years in a heterosexual marriage, could be a real snoozer.  Did I mention it’s written by Tom Jones? Issaquah run followed by a run in Everett, March 1-24. Tickets up to $74, available here (or limited $20 rush available at door).

M.Butterfly, not to be confused with the opera of a similar name, is David Henry Hwang’s late-’80s play intertwined with pieces of it, which seeks to confront “the perception of Eastern culture by the West and the persistent romanticism that clouds it.”  Tickets $42, available here (or $28 for a limited time with code Butterfly at checkout).

This locally developed new play by Aurin Squire is about a 12-year-old boy who overdoses on Oxycontin, and the aftermath in his small-town community.  Sounds depressing. Could be good. Starring Kathryn Van Meter & Dedra Woods. Tickets $34, available here.