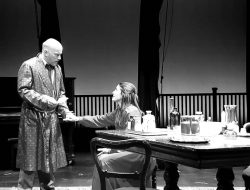 Review: Seagull Project Wraps Up Chekhov Series With A... 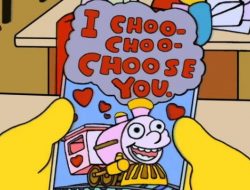 Valentine’s Day Is Around The Corner: What You Gonna...

February 11, 2019 Comments Off on Betty Who Set For Show At The Moore On May 10th Views: 1124 *Seattle Musicland, Arts & Entertainment, Music It’s Betty Who! And, she’s coming to Seattle on May 10th. Photo: Ben Cope

Pop star BETTY WHO has a new album out this Friday (titled: “Betty”) and has also just announced a nationwide tour set for Spring/Summer that includes a Seattle stop (at The Moore) on May 10th and Portland’s Wonder Ballroom on the 12th.

More news we like: A dollar from every ticket will go to The Trevor Project!

More poo on Betty, her tour and the new album.

As she nears the release of her highly-anticipated new album Betty this Friday, pop singer/songwriter BETTY WHO announces her 2019 headline tour – Betty Who: the tour, presented by lululemon. The tour will bring the new album to life on the stage in Betty’s trademark high energy, dazzling shows.
Kicking off May 7 in Santa Cruz, Betty will hit 20+ cities including San Francisco, Chicago, Philadelphia and New York before concluding with a two-night run at The Fonda Theatre in Los Angeles on June 15 & 16. Tickets for the tour will be available to the general public on Friday, February 15 at 10am local time. VIP packages will also be available for all dates. Check www.bettywhomusic.com for tour dates and all details.
Betty says of the tour: “All I could think when I was making this record was how excited I am to play it live. I can’t wait to get out and make this tour bigger and better than it has ever been before and see all of your faces out on the road.”
Betty has partnered with PLUS1 so that $1 from every ticket sold will go to support The Trevor Project, and their work providing crisis intervention and suicide prevention services for LGBTQ youth. TheTrevorProject.org. The Trevor Project is the world’s largest suicide prevention and crisis intervention organization for LGBTQ (Lesbian, Gay, Bisexual, Transgender, Queer, and Questioning) young people.
This week, Betty also wraps her support act run on Panic! at the Disco’s Pray For The Wicked Tour, which took her across 20+ North American dates. Her last show will be Thursday, February 14 in Anaheim, CA.
Immediately following the release of her album – which is available for pre-order now HERE – Betty will join Kesha on her Kesha Cruise: Kesha’s Weird & Wonderful Rainbow Ride from February 17-21 in the Bahamas.
Betty marks a milestone in the singer’s career as it will be the first independent album of her career, with Entertainment Weekly hailing the album as “the best she’s been since” the 2012 release of her infectious song “Somebody Loves You.” The album’s first single “Between You & Me” was released last November and its current single “I Remember” in January and have earned critical acclaim from numerous press outlets such as Rolling Stone, NYLON, Idolator, DuJour and L’Officiel USA. Betty officially unveiled the album’s tracklisting last week.
BETTY WHO 2019 TOUR DATES
May 7, 2019     Santa Cruz, CA     The Catalyst
May 8, 2019     San Francisco, CA    The Fillmore
May 10, 2019    Seattle, WA       Neptune
May 12, 2019    Portland, OR      Wonder Ballroom
May 15, 2019    Minneapolis, MN     First Avenue
May 16, 2019    Chicago, IL       The Vic Theatre
May 18, 2019   St. Louis, MO      Delmar Hall
May 20, 2019    Columbus, OH     Newport Music Hall
May 22, 2019    New York, NY      Terminal 5
May 23, 2019    Philadelphia, PA   Union Transfer
May 25, 2019    Asbury Park, NJ     Stone Pony
May 28, 2019    Washington, DC     9:30 Club
May 31, 2019    Atlanta, GA      Variety Playhouse
June 1, 2019    Nashville, TN      Cannery Ballroom
June 3, 2019    New Orleans, LA     Republic
June 4, 2019    Birmingham, AL     Saturn
June 6, 2019    Houston, TX      White Oak Music Hall
June 7, 2019    Austin, TX       The Mohawk
June 8, 2019    Dallas, TX       Canton Hall
June 11, 2019    Denver, CO       Summit Music Hall
June 12, 2019    Salt Lake City, UT   The Complex
June 15, 2019    Los Angeles, CA     The Fonda Theatre
June 16, 2019    Los Angeles, CA     The Fonda Theatre
BETTY TRACK LISTING
1. Old Me
2. Do With It
3. Just Thought You Should Know
4. I Remember
5. Marry Me
6. Language
7. Taste
8. All This Woman
9. Between You & Me
10. Ignore Me
11. Whisper
12. The One
13. Stop Thinking About You
PRE-ORDER BETTY HERE
ABOUT BETTY WHO
Casting a striking presence as a performer, emanating confidence as a writer, and inspiring as an independent force, Australia-born and Los Angeles-based pop star Betty Who has quietly elevated herself to a worldwide phenomenon on her own terms. Acclaimed by Entertainment Weekly, Vogue, Rolling Stone, Buzzfeed, Elle Magazine, and more, Betty’s sophomore album, The Valley, yielded a string of international hits, including “I Love You Always Forever” certified double-platinum in Australia and “Human Touch.” Total Spotify streams exceed 150 million as she regularly averages over 3.3 million monthly listeners on the platform. Beyond countless sold out headline tours, she’s delivered knockout television appearances on The Today Show, Late Night With Seth Meyers, The View, and many more aside. Betty’s commitment to charity, health, and wellness matches her passion for music. She has given performances to benefit UNICEF, ACLU, Planned Parenthood, The Trevor Project, Human Rights Campaign, and many more. Betty will release her third studio album Betty on February 15 and embark on her headline Betty Who: the tour in May. Betty will mark the first independently released record of the singer’s career. For more information, please visit http://www.bettywhomusic.com/.
Follow Betty Who:
Instagram | Twitter | Facebook