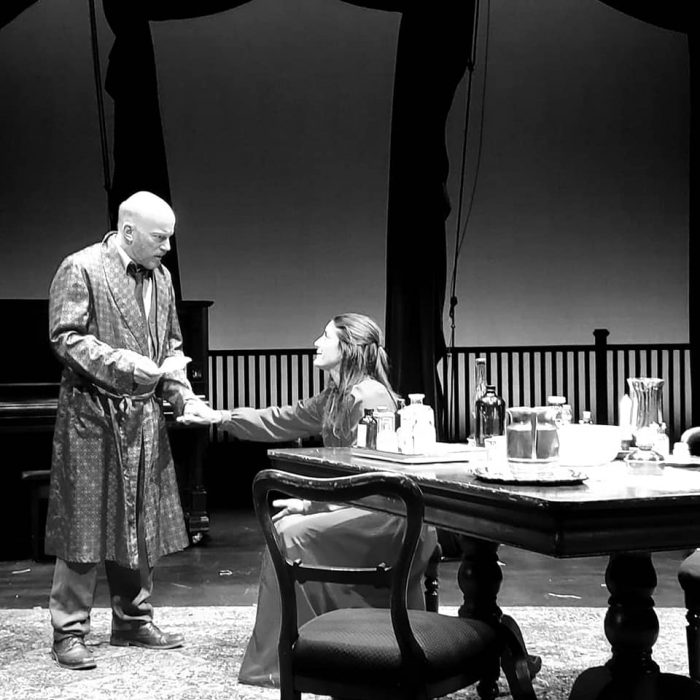 After 8 years, The Seagull Project completes the cycle of producing the full length plays of Russian playwright Anton Chekhov with their production of UNCLE VANYA, now onstage at ACT. The company claims they are the only theater company in the U.S. to complete the cycle of 4 plays (The Seagull, Three Sisters, The Cherry Orchard, Uncle Vanya) in a set period of time with the same core people involved. (I’m assuming that’s what they mean, since I know The Guthrie in Minneapolis has produced all four of the plays, though not within an 8 year time frame or with the same team involved.)

It’s an impressive achievement for a small theater group that originally only set out to produce The Seagull (thus their name…) to professionally stage all four works…so kudos to everyone involved with The Seagull Project over the years, but especially the core team of Julie Briskman, Gavin Reub, Brandon J. Simmons, Alexandra Tavares, Hannah Victoria Franklin, Mark Jenkins, Peter Crook and director John Langs plus the many design and tech people who have worked on all the productions. A big hearty “Salud” to all of them.

(Writer’s Note: For purposes of full disclosure, I need to state I had a very teeny weeny part in the early days of The Seagull Project…some minor promotion and helping them hook up with potential fundraising opportunities. )

And, the good thing about this final production of Uncle Vanya, is the fact it’s like the other 3 productions in the cycle. Seagull Project has done an admirable job of staging all four plays with interesting choices made and risks taken (not all of them necessarily working) over the last eight years. John Langs has done a solid job of staging the piece and managed to achieve that elusive quality so hard to find in Chekhov…finding the very dark humor in the text and actually making “Vanya” very comedic at times. Certainly the opening night audience was laughing at all the jokes and bits of business. There’s a lot of comedy gold to be mined in Chekhov but it IS hard to dig up; Langs and his talented cast have managed to do so.

For those of you needing a synopsis of “Vanya”, well…this should suffice:

Moody Russians stuck in the provinces and not very happy about it. The wrong people love each other. Lots of tea/vodka drinking. A funny servant/family retainer or two. A suicidal character. A sophisticated woman. A gun. Despair.

Of course I just described EVERY Chekhov play, tongue in cheek, but it really is the blueprint. Uncle Vanya centers on a complicated foursome of the middle aged and bitter Uncle Vanya in love with the lovely Yelena who is mutually attracted to local Dr. Astrov who in turn is loved by Vanya’s kind but plain niece Sonya, the stepdaughter of Yelena. Serebryakov is the irritating old charlatan/blowhard academic that sets off much of the conflict in the story. Married to second wife Yelena, he has returned to the rural estate that now legally belongs to Sonya after the death of her mother, Serebryakov’s first wife and Vanya’s sister. He proposes the estate be sold with the proceeds used to support his retirement in the city, which would essentially make Vanya and Sonya redundant.

Chaos ensues. And, being Chekhov, nobody actually gets what they want.

This “Vanya” is well cast with a solid core ensemble for the four main characters. Peter Crook captures all the complexities of Vanya, a man teetering on the edge of a breakdown over what he perceives to be a wasted life. Mr. Crook, as usual, is very good with the comedic needs of the role but also conveys the tougher stuff as well; Vanya’s pathetic neediness and grasping pursuit of Yelena. And, John Langs makes an interesting choice to have Vanya hover around the edges of scenes the character isn’t necessarily in, listening in and framing those sections of the story. I liked both Mr. Crook’s performance and how Mr. Langs utilized the character within the overall arc of the play.

Sunam Ellis as Sonya and Alexandra Tavares as Yelena are both very good as the women at the center of the play. Ms Ellis solidly grounds Sonya but also gives her just a slight edge of hope; her Sonya realizes her fate in life but she’ll hold on to that tiniest glimmer of hope, even if it means she has to wait until the afterlife to find true happiness. And, Ms Tavares plays Yelena with just the right amount of vamp, mixed with a basic human kindness, managing to make her likable despite Yelena’s shortcomings. Yelena is weak and foolish but she’s really the only character with much of a future; true she’s saddled with an awful husband but he’s an awful OLD husband, and even Yelena realizes she might eventually make for a merry widow. There is some hope for Yelena.

I liked Sylvester Foday Kamara’s Astrov; it’s a charmingly roguish performance but….is Astrov really supposed to be that charming, a “matinee idol” type to have Yelena and Sonya swooning after him? Mr. Kamara’s leading man good looks actually work against him here; frankly, his Astrov seems too handsome and full of life to waste his life living in the sticks doing a job he hates.  Astrov is supposed to be a man stuck in his own kind of despair and I didn’t fully see that despair in this performance.

Design elements were strong with very handsome costumes by Doris Black setting the design elements in a more solid early/mid 20th century feel as opposed to the play’s actual late 19th century setting.  Julia Hayes Welch’s set made effective use of draperies, which were well utilized with John Langs’ direction. And, Robert Aguilar’s lighting design cleverly used fade outs and spotlights to create a cinematic approach to the play, in effect using lighting as an editing and cinematographic tool. The overall mood created by the design was haunting and effective.

Finally, who is this for? Everyone who likes classical theater done with great care and passion. This Uncle Vanya is a solidly entertaining production and a superb final bow for The Seagull Project and this series. Will they continue producing plays in the future? Could they shift over to Ibsen or Bernard Shaw or other class playwrights? 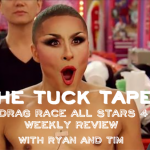 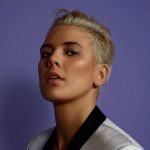 Next: Betty Who Set For Show At The Moore On May 10th