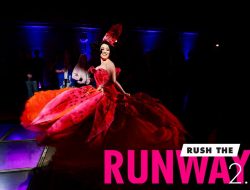 Issaquah’s Village Theatre announced the line-up for their 40th anniversary season (2019-2020) today and it’s gonna be a year of all musicals….Village traditionally produces at least one play/non-musical per season but it’s gonna be all singing and dancing for 19/20.

Shows include two oldies but goodies as well as two more recent musical theater hits plus their usual debut of a brand new piece.  The 25th Annual Putnam County Spelling Bee, will kick-off the season in September followed by the return of the classic 1950 musical Guys & Dolls, during the 2019 winter holiday season.

2020 will start with the beloved musical romance by Harnick and Bock, She Loves Me, followed by the Village’s new show, a modern take on an old nursery rhyme: Hansel & Gretl & Heidi & Günter,  features an update on the lives of Hansel and Gretl, living in modern day Chicago. And, the Village’s 40th season will wrap up in May/June/July with the popular musical based on the Adam Sandler movie,  The Wedding Singer.

As usual, all shows will originate at the Village’s home base in Issaquah for runs that vary from 5 weeks to 8 weeks for the holiday show, then move to Everett’s Performing Arts Center for month long runs.

Oh, and don’t forget Village is still in the middle of their CURRENT 18/19 season with the eagerly awaited Seattle area premiere of the hit play,  The Curious Incident of the Dog in the Night-Time opening March 14th and the return of a show that got its start at Village,  Million Dollar Quartet on May 9th.

More info on next season: ISSAQUAH, WASH. – Village Theatre is ecstatic to announce the 2019-2020 Season with a collection of joyful shows. The lineup includes: The 25th Annual Putnam County Spelling Bee, a fast-paced, irreverent hit about a group of eclectic middle schoolers vying for the title of spelling bee champ; Guys & Dolls, an iconic crowd-pleaser filled with some of the greatest musical theatre songs ever written; She Loves Me, a musical romance that inspired the hit film You’ve Got Mail; Hansel & Gretl & Heidi & Günter, a modern-day sequel to the classic folktale, developed at Village Theatre during The 2018 Festival of New Musicals; and The Wedding Singer, a totally radical musical celebration of the 80s based on the hit film of the same name.

The 2019-2020 Season runs September 12, 2019 to June 28, 2020 in Issaquah and October 25, 2019 to July 26, 2020 in Everett. “We are thrilled with the show selection for this upcoming Season,” said artistic director Jerry Dixon. “It’s a collection of some of the most joyful shows ever written. There is something for everyone with this Season. We have the nostalgic classics, a new musical that was developed at our theatre, as well as some fun gems from the modern musical theatre canon that are rarely seen on professional regional theatre stages. We truly think this is a Season our audiences will be excited to see.”

The 2019-2020 Season also marks Village Theatre’s 40th Anniversary. This is an exciting milestone for the organization, which has grown to be a regionally recognized and nationally influential center of excellence in theatre. “The past 40 years have been a testament to the hard work and dedication of everyone at our theatre,” said executive producer Robb Hunt. “Over that time, we have seen this organization grow into one of the largest subscription-based theatres in the Pacific Northwest, with programs in two cities and four buildings. Not only has our Mainstage production value grown immensely, but our comprehensive youth education and robust new works programs are also seeing continued success and development. As we began conversations to select this season of shows, we really listened to what out audiences wanted, and are looking forward to celebrating this anniversary with an exciting Season that our patrons will love.

“Life is pandemonium” in this zany, fast-paced, irreverent, comedic hit. The 25th Annual Putnam County Spelling Bee follows an eclectic group of middle schoolers as they fight for the title of regional spelling bee champ – and all the glory that comes with it. This playful and witty Tony Award-winning musical is an unforgettable experience that chronicles the joy, heartache, and passion of those who love to compete.

Music and Lyrics by Frank Loesser

Considered by many to be the perfect musical comedy, this brassy and colorful musical has been an iconic crowd-pleaser since it first hit Broadway in 1950. Infamous gamblers, woebegone yet determined missionaries, a troop of dancing showgirls, and one momentous craps game come together on the streets (and in the sewers) of New York City. This beloved multi-award-winner is a non-stop treat full of romance, hilarity, and irresistible charm.

From the combined talents of the creators of Fiddler on the Roof and Cabaret comes the musical romance that inspired the hit film You’ve Got Mail. Perfumery shop clerks Amalia and Georg have never quite seen eye to eye, but what they don’t know is that they have already fallen in love – through a “lonely hearts advertisement.” A true delight, She Loves Me is a warm romantic comedy with an endearing innocence and a touch of old world elegance.

Music by Will Aronson

Gretl – yes, that Gretl – is now a single mom living in modern day Chicago, still suffering from the trauma of her fairytale childhood. Her exceedingly modern kids are fed up with stuffing their pockets full of pebbles, and dream of the impossible: a normal childhood. But when long-lost Uncle Hansel shows up at their doorstep, they are plunged into an unexpected adventure that brings the family together. This smart and sassy new musical is a riotous tumble of past and present that will leave you grinning from ear to ear.

A, like, totally radical musical based on the hit film, this romantic comedy is a feel-good party that will have you dancing in your seat. The year is 1985 and Robbie Hart, a wannabe rock star, is New Jersey’s favorite wedding singer. When his own fiancé leaves him on the eve of the wedding, only the kindness of a winsome waitress can get him back in the groove. The only problem? Her upcoming wedding to a Wall Street shark. This retro gem features a lively and fun original score, and is a high-energy celebration of the 80s.

About Village Theatre
Based in Issaquah, WA, with operations in Everett, WA, Village Theatre is a leading producer of musical theatre in the Pacific Northwest. Producing entertaining, quality productions since 1979, Village Theatre has grown into one of the region’s best-attended theatres, with approximately 20,000 Subscribers and 220,000 projected total attendance each season. Through its Village Originals program, Village Theatre is nationally recognized for its contribution to the development of new musicals, having supported the creation of over 160 new works to date. Village Theatre also takes pride in nurturing tomorrow’s audiences through its Youth Education and Outreach programs, KIDSTAGE and Pied Piper, serving over 58,000 young people and their families annually.