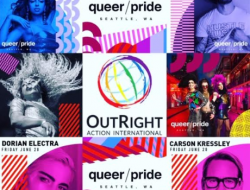 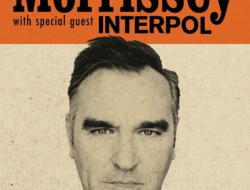 “Rocketman” Inches Closer To Its Cinematic Take Off Frankly, we’d go see ROCKETMAN the soon to come out biopic about Elton John, just for the CLOTHES…I mean, Sir Elton is famous for his 50 years of outrageous stage clothes.

But, we wanna see it for the STORY as well and, of course the MUSIC. I mean, it’s going to be MUCH gayer and camper than last year’s Freddie Mercury/Queen film, Bohemian Rhapsody…at least, we hope so.

Here’s a fun little feature on the costumes of Rocketman, designed by Julian Day that includes glimpses of many of the iconic looks recreated for the film which focuses on Elton’s beginning in the 60s and up through the super glam superstar years of the 70s.

The film opens at the end of the month but we know promotions are in the works…. QUEER/BAR is doing one on May 20th at their weekly Queeraoke Night. That Monday’s edition will be the Rocketman Edition and feature special performances of Sir Elton’s classics but special giveaways.