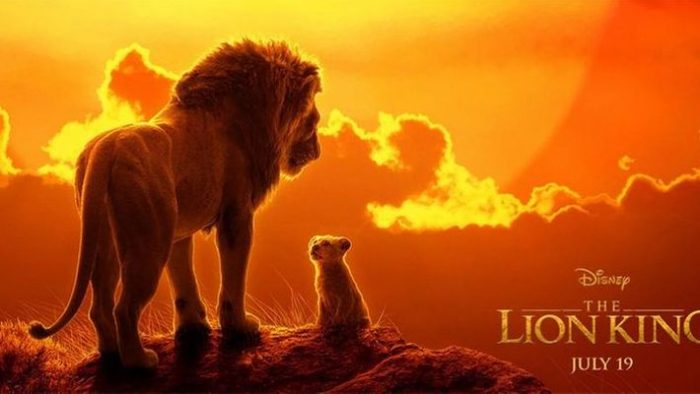 The Lion King Revisited: To CGI or Not To CGI…That Is The Question Full Disclosure: I had NOT seen the original Disney version of The Lion King or the prequels or sequels or TV spin-offs or direct to DVD additions. Because I am a Classic Gay (Classic meaning OLD), I had seen the Musical Stage production. It had one of the most stunning opening numbers I’ve ever seen in a theater giving me tingles and thrills. My date that evening was one of my young nephews. He fell asleep soon after the opening. I wanted to, but I was driving. It left me with a desire to see more spectaculars on stage, but not really a desire to explore The Lion King further.

By now, most people will have heard all about The Lion King since it is the latest bit of magic that Mrs. Carter has delved into. As far as I can tell, the supremely talented dreamy Beyoncé is in this movie for ticket sales. She certainly isn’t bad. I’m not sure she is capable of that. But her talent is not given the spotlight she deserves; her part is one of the smallest, and truthfully there are 100s of other voice actors who could just as effectively play Nala, the Lioness. And I say that as a Beyoncé fan, which I assume everyone is, to some degree. Certainly the readers here.

I imagine the big names are meant to get the folks with the money (adults, parents, educators) into the theater. The original is one of the most-beloved of all animated Disney films, and one which gave new life to Walt Disney Studios. Many of the adults and parents and probably grandparents have held this one close to their hearts since childhood. This might be their first exposure to something that only increases as one gets older – watching your life be reconstructed, “improved”, fiddled with and made relevant to younger folks. I heard the cries of “WHY?” long before this movie was a finished product.

I do not have that emotional attachment. I got off the Disney animation train sometime around The Jungle Book, which remains so close to my heart I haven’t dared try to watch the CGI version. Plus, I’m not sure I can watch Mowgli take off for the village girl, leaving his singing and dancing and warm and funny animal friends behind. I’ve barely recovered from seeing that when I was 8 years old, I don’t need to open that wound. So for those who are wondering “WHY?” I feel your pain. I really do. I just don’t happen to have it for this movie because, again, I’m old. I liked it. A lot. And I’ll confess, the day after seeing it I watched the animated version for the first time and I liked it much more than I thought I would. Sure, the stories and scenes are very similar. However, the essence and the heart seem very different to me. They felt so distinct to me, I think you would be safe to see the new one even if you grew up with a Simba lunchbox and pajamas. And let’s be real. Children today live in a world of CGI and adult humor. They might be bored out of their still forming minds with the animated version. This story is still, first and foremost, for them. The children. Love ‘em or hate ‘em you were one and they deserve good things. The hyper-realism, lysergic acid visions of animals and savannas are gorgeous. The sharpness takes away a lot of the cuddly that the original had, but it grabs you in other ways giving it more of a mythological tale effect to be shared around a fire in the wild. These look like animals (they aren’t) and Africa (it isn’t) is breathtaking.

The scene in which we are first introduced to King Mufasa and Simba looks like a vegan’s fantasy of wildlife. Sure, the song “Circle of Life” tries to offset that with a mention of a more eat or be eaten reality, but seeing them all gathered so joyfully next to each other is the kind of mind trip Disney has been doing for over 80 years. These aren’t just animals in the wild, these are friends who sing.

The songs were written, as most everyone knows, by Tim Rice (Jesus Christ Superstar, Evita) and Elton John, another Classic Gay. When “Can You Feel The Love Tonight” was a radio hit, it was like nails on a chalkboard to me. This was the same man who released “Tumbleweed Connection”, “Madman Across the Water” and “Goodbye Yellow Brick Road”? I sure couldn’t hear it. While watching the stage version, I realized that the song wasn’t really all that bad and now in the new version I actually liked it. In fact, most of the songs were in the enjoyable camp. Certainly not the best of Disney or Elton, but a few were catchy and fun, I imagine even more so to folks in the single digits.

For the two or three of you under the age of 60 who are not familiar with the story, it was inspired by Hamlet. Inspired by, not a retelling of at all. It weaves through the Shakespearean tale (tail?) as you watch Simba, the lion cub first lose his Dad, the King, because of the evil manipulations of the King’s brother and Simba’s Uncle Scar. Simba, for reasons I’ll leave out, leaves his home and along the way makes new friends, Pumbaa (a warthog) and Timon (a meerkat). Eventually Nala, a childhood friend, leads Simba to where he rightfully belongs.

You don’t get “To be or not to be” or “To thine own self be true” but you do get “Hakuna Matata” and “Remember Who You Are”. You also get your share of tragedy, comedy and romance. All with animals of course, but animals who speak – in English yet.

The casting sounded like it wouldn’t work, but it does. Donald Glover seems to have an endless amount of talent and he uses a big chunk of it as the voice of Simba. He keeps adding new directions to his art. John Oliver has a “I know that voice” part that is very funny as Zazu. You’ll just have to find out who that is if you don’t know. But the stand-outs and the ones who took this movie from very good to excellent are Seth Rogan (as Pumbaa) and the gayer than gay Billy Eichner (as Timon).Who knew? They are perfect and a big portion of their dialogue was improvised. I loved the way the played off of one another. They give the film its laughter and carefree middle. (This is not the first time a big well known Hollywood Stoner has been in The Lion King…Cheech Marin was in the original.)

The voices of Chiwetel Ejiofor, Alfre Woodard and John Kani all make an appearance as well, so there is not any shortage of supreme talent here. Actor turned director Jon Favreau is on hand to guide things though one wonders, what does a director really do on a film that is all CGI?

James Earl Jones has taken on two of the Iconic “Absent Dads” in films. Darth Vader and Mufasa, the Lion King. He played the same role in the first version and in one of the TV spin offs. His voice just conveys power, except perhaps when he was driving Miss Daisy around (on Broadway & PBS…) He is much more in control and in charge here. A much better fit.

There is violence in the movie that seems much more realistic than in animation. I worry about kids, but the same nephew I referenced earlier was able to tell me the plot of all the Nightmare on Elm Street movies by the time he was 6 or 7, so maybe kids today can deal better with violence. Hyenas do not come off well so be prepared for that if you are a Hyena fan.

And now a piece I still haven’t decided how I feel about. Scar. The Villain. In the original film, Scar follows in step with the great Disney Villians: Queen Grimhilde from Snow White; Maleficent from Sleeping Beauty; Cruella de Vil from One Hundred and One Dalmatians who all led us to Scar, quite possibly the most evil while effete character in any animated feature. And he is Grade A, all the way Fey thanks to Jeremy Irons’ performance. It works brilliantly. He fits in the story. In the version of the stage play I saw, he was even more menacing and mincing but he didn’t work as brilliantly. He bored me. In the new version, as voiced by Chiwetel Ejiofor he seems de-gayed but as evil as ever. I guess that’s progress? I grew up on Lost in Space with Dr. Smith, and I still enjoy my Evil Fops. But I wasn’t bored by this Scar. He wasn’t fun or funny however. Beyoncé has a new song (“Spirit”) that will not go down as one of her best, but it is Beyoncé so it is still good. It provides the rousing inspirational piece of the plot.

I’m sure the ever-present contrarians will find things to criticize about the film. Don’t listen to them.

The story I could take or leave. The characters were great. The scenery, although fake, is fantastic. The critters are amazing. The actors are brilliant. The songs are hit and miss. But there is something for adults, something for kids, something for the Gays and something for the Stoners. This is not Shakespeare, but it is a very well-done remake of a piece of Walt Disney history. I think it will be big and for a summer film, it deserves to be. At least you will leave with “Hakuna Matata” stuck in your head, and after hearing Eichner and Rogan singing it, I’ve decided I quite like it.

Disney’s The Lion King is now onscreen at billions of cinemas worldwide.

I’m tardy to the announcement party but in case you 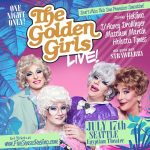 Previous: Heklina & Her Golden Girls Return To The Egyptian This Wednesday! 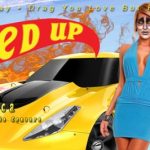 Next: It’s Friday Funday!!!! Do All The Things!