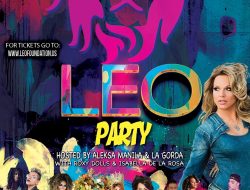 Yes! Derrick Barry Is Back! Again! For Leo Party... 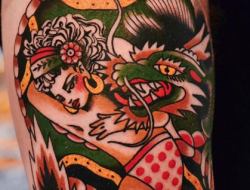 Pablo Vittar Teams Up With Charli XCX For “Flash Pose”

Brazilian singer, songwriter and the first drag queen to be nominated to a Latin Grammy and the MTV EMAs, Pabllo Vittar, releases her new single and music video for “Flash Pose” featuring Charli XCX. The video was directed by Tragik and shot in Los Angeles.

“Flash Pose” is the lead single of her third studio album, “111”, and marks the first English track released by Pabllo Vittar – although she already has done international partnerships with renowned artists such as Major Lazer (‘Sua Cara’), Lali (‘Caliente’), Charli XCX (‘I Got It’), ‘Então Vai’ (Diplo) and Sofi Tukker (‘Energía’).

In the past few months, Pabllo Vittar has been spreading her music and art in several markets, including an international tour across Latin America and Europe, in addition to her Pride Tour in the US and Canada that included Los Angeles, New York, San Francisco and Miami Parades.

On June 18th of this year, Pabllo Vittar joined forces with the United Nations (UN) to bring LGBTQ+ empowerment to the Global Citizen event at the UN headquarters in New York City, where she performed some of her hits such as ‘Problema Seu’ and ‘Corpo Sensual’ to Ambassadors and VIPs.

In November, Pabllo Vittar will release her upcoming album entitled ‘111’ – including ‘Flash Pose’ feat. Charli XCX and a lot of surprises. With more than 1 BILLION combined streams/views and a huge social media fan base, Pabllo Vittar is ready to start a new era of her career and expand her music and fans all over the world.

Pabllo Vittar is a Brazilian drag queen, singer and songwriter of 24 years old. In 2017, Pabllo Vittar released her debut album ‘Vai Passar Mal’ that included the #1 Spotify BR tracks: ‘K.O.’ and ‘Corpo Sensual’. At that same year, Pabllo became the first Brazilian artist to have three songs on Spotify top 5 (“K.O.”, “Corpo Sensual” and “Sua Cara”). In 2018 her second album “Não Para Não” was released and broke the record of the most streamed album on Spotify Brazil in the first 24 hours with more than 3 million streams and all tracks charting on Top 40.

Pabllo Vittar is currently the most followed drag queen, on socials, in the world and also #1 on VEVO and Spotify globally. In addition, Pabllo is the first drag to be nominated to a Latin Grammy and MTV’s EMA (Europe Music Awards). She has also entered Billboard US ‘Social 50’ rank and starred campaigns for international brands such as Coke, Trident, Calvin Klein, Grindr and C&A; and has been highlighted by highly international renowned media vehicles such as The New York Times, The Guardian, Vogue, Gay Times, Rolling Stone, Paper Magazine, GQ and Billboard.

In June of 2019, Pabllo Vittar started her first Pride Tour across Pride Parades in US and Canada – including Los Angeles, Miami, New York and San Francisco’s Parades. On the same month, she joined forces with the United Nations (UN) to bring LGBTQ+ empowerment to the Global Citizen event at the UN headquarters in New York City.