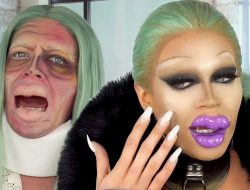 Village Theatre is kicking off a big year for them next month…it’s their 40th anniversary as one of the metro area’s major professional theater companies. And, they’re going to start off their anniversary year with an adorable crowd-pleasing hit for the whole family… the Tony Award winning, The 25thAnnual Putnam County Spelling Bee will open in their main Issaquah theater on September 12th for a six week run before heading up north to Everett for another month.

“Spelling Bee” is the charming little show about…a spelling bee! For kids! But, the kids are played by adult actors!

ISSAQUAH, Wash. – August 8, 2019 — Village Theatre is thrilled to inaugurate their 40th Anniversary Season with The 25th Annual Putnam County Spelling Bee. The fast-paced and irreverent Tony Award-winning comedy is set to run in at the Francis J. Gaudette Theatre in Issaquah September 12 – October 20, 2019 before moving to the Everett Performing Arts Center October 25 – November 17, 2019.

The 25th Annual Putnam County Spelling Bee follows an eclectic group of students as they vie for the title of regional spelling be champ – hoping never to hear the soul-crushing, pout-inducing, life un-affirming “ding” of the bell that signals a spelling mistake. The witty coming-of-age story is bursting with heart and is an unforgettable experience that chronicles all the joy, torment, and passion of those who love to compete. “This show is hilarious,” said director Brandon Ivie. “It has one of the funniest scripts I have ever read, but it also has these unexpected emotional moments. All these kids are in a pressure cooker situation where stakes could not be higher. Watching them succeed or crumble is thrilling and heartbreaking. This show gives you a full theatrical experience in such a seemingly simple and wacky package.”

Six spellers enter; one speller leaves! At least the losers get a juice box…

An unforgettable experience, The 25th Annual Putnam County Spelling Bee is onstage in Issaquah September 12 – October 20, 2019 before moving to Village Theatre’s Everett location October 25 – November 17, 2019. Tickets are on sale now and can be purchased at Village Theatre’s website, over the phone, or by visiting the Box Office. For more information visit www.villagetheatre.org.

Based in Issaquah, with operations in Everett, Village Theatre is the largest fully producing theatre in the Pacific Northwest, and a leading producer of musical theatre in the United States. Cultivating entertaining and quality productions since 1979, Village Theatre has grown into one of the country’s best attended theatres, with approximately 20,000 Subscribers and 220,000 attendees each Season. The theatre’s new works program, Village Originals, is nationally recognized for its commitment to the advancement new musicals, having supported the development of over 150 new works to date. Village Theatre also takes pride in nurturing tomorrow’s audiences through its youth education and outreach programs, serving over 57,000 young people and their families annually.