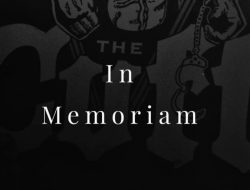 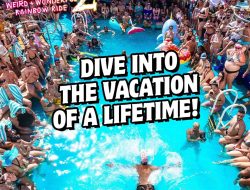 The Love That Dare Not Speak Its Name dared to speak its name at a Burien Washington high school last week with the result that two gay teachers were forced to quit.

News broke on Saturday via B-Town blog that veteran teachers Paul Danforth and Michelle Beattie both resigned from their jobs from Burien’s Kennedy Catholic High School on Thursday, February 13th. Danforth, an English teacher at the school and Beattie, a Health/Fitness teacher and soccer coach had both become engaged to their significant others in the last few months and made it known they were marrying their same-gendered partners.

Reports indicate that the school had “morality clauses” in all employment contracts that specified teachers must “abide by the teachings of the Catholic Church” which forbids same sex marriage. Danforth and Beattie were allegedly told they had to either keep their relationships quiet or leave. They both chose to leave and resigned on Thursday and told to retrieve all their belongings on Monday, February 17th.

The school released the following statement:

“Two teachers, Paul Danforth and Michelle Beattie, have voluntarily resigned their positions at Kennedy Catholic High School. They are highly capable, gifted, and qualified teachers, who have served our community with dedication and humility. Their loss will be felt deeply by their students and the entire community. We are thankful to Paul and Michelle for their years of service.”

The news of their dismissal has led to anger within the school, the city of Burien, the Catholic community as well as the LGBTQ community in the Puget Sound area. And area politicians have weighed in as well including King County Councilmember Joe McDermott who is an out gay man and issued a statement via  Facebook:

I was baptized and grew up Catholic – attending both a Catholic high school and college. I didn’t come out myself until I was 30 – in part certainly because of the damaging messaging I received from the Catholic Church that being gay was wrong. Today my nephew and his Kennedy Catholic classmates continue to receive this destructive message.

By forcing the resignations of two teachers over their sexual orientation, Kennedy Catholic and the Archdiocese of Seattle tell young people – especially LGBTQ students at Kennedy – is that being LGBTQ is wrong. Students see their role models lose their jobs for living authentic lives. Such indoctrination harms young people in their formative years in very detrimental and specific ways. For example, LGBTQ youth seriously contemplate suicide at almost three times the rate of heterosexual youth. Thus to promote a doctrine and practice that being LGBTQ is wrong puts youth at real risk.“

And, as media outlets have picked up the story, it’s gained national attention. A Change.org petition has over 11k signatures and asks:

This petition requests that the Archdiocese of Seattle (1) re-hire the two teachers who resigned; (2) issue a public apology for the harm caused to the teachers and community by requesting the teachers’ resignations; and (3) modify its policy to ensure that no teacher is fired or asked to resign on the sole basis that the person is engaged in a consensual committed relationship with a same-sex partner.

There’s also a GoFundMe fundraiser  for the pair and demonstrations set to happen Tuesday at the school.