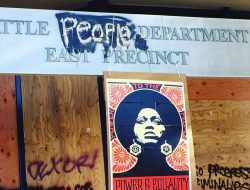 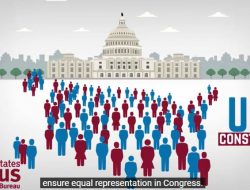 In a strange turn of events, the ongoing coronavirus pandemic seems to have played a part in the return of gay bathhouses to San Francisco which were closed as a result of the last major devastating pandemic, the AIDS Crisis in the 1980s.

Decades after San Francisco closed its gay bathhouses, they can now reopen as part of the city’s COVID-19 economic recovery

“In the midst of the current COVID-19 pandemic, we are reminded that our best public policy decisions will be driven by data, science and facts, not by panic or political pressure,” said Mandelman. “The closure of the bathhouses in San Francisco, and the decades-long perpetuation of policies requiring invasive patron monitoring and the ban on private rooms, have no scientific justification today.”

In 1984 at the height of the AIDS crisis, the City and County of San Francisco filed a lawsuit against the operators of bathhouses, citing them as a public health nuisance. The court issued an order allowing the businesses to remain open on the condition that they employ monitors to prevent unsafe sex from occurring and remove most of the doors to individual video cubicles, booths, or rooms. Although the bathhouses technically could have remained open under the rules established by the court, all of them closed. In 1997, the Department of Public Health adopted minimum standards codifying the court order. These minimum standards remain in effect today.

Recent advances in HIV prevention strategies have reduced HIV transmission and minimized the adverse community and individual health impacts of HIV. These include the broad availability of PrEP (preexposure prophylaxis) to prevent HIV infection, rapid access to antiretroviral therapy for people newly diagnosed with HIV, and increased viral suppression among people living with HIV in San Francisco through increased retention in care. According to the San Francisco Department of Public Health, in 2018 the number of new HIV diagnoses in San Francisco dropped to 197, marking a 58% decrease as compared to the number of new HIV diagnoses in 2011.

“Bathhouses symbolize freedom for many in the queer community, and the ability for them to once again operate in San Francisco represents the tremendous advances our city has made in ending HIV transmissions,” said Joe Hollendoner, CEO of San Francisco AIDS Foundation. “Whether it be breakthroughs like PrEP or U=U, members of our community now have more prevention options than when bathhouses were closed, and it is time for these outdated restrictions to be revised. We thank Supervisor Mandelman for his leadership on this ordinance, and look forward to working with the health department to ensure that bathhouses are a safe place to experience sexual liberation.”

COVID-19 has resulted in the closure of many small businesses and record unemployment in San Francisco and around the country. Among the many businesses lost to closure during the pandemic are two prominent Bay Area gay adult businesses, Watergarden, a bathhouse in San Jose and Blow Buddies, an adult sex venue in San Francisco’s South of Market neighborhood.

“During the 1970s and early 80s bathhouses were a focal point of gay social life in San Francisco and were important community meeting places where friends would gather to share stories, dance to the latest disco hits or watch a live show,” said Mandelman who is gay and represents the Castro District. “With many businesses closing due to COVID-19, I hope this legislation will make the operation of adult sex venues more feasible and will encourage the opening of new businesses that will aid in our economic recovery when it is safe to do so.”