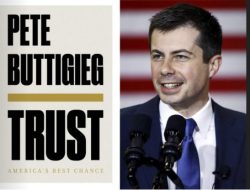 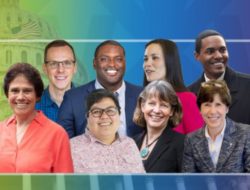 October 26, 2020 Comments Off on Is Ivanka A Lesbian? Views: 2336 *The Illegitimate Regime of Donald Trump, 2020 Elections, Escandalo, Gossip Hound, News, The Rumor Mill

That’s just one of many questions on our lips right now (along with “OMG! How much longer until this nightmare year ENDS???!!?” and “Where can I find pants that fit?”) after singer Aubrey O’Day unleashed a slew of scandalous allegations about the Trump Family on Twitter last Thursday, October 22nd during the final Trump-Biden presidential debate.

O’Day, 36, probably best known for her girl band Danity Kane back in the Aughties, alleges she had an affair with Donald Trump Jr back in 2012 when the singer was a contestant on the Trump’s NBC reality show, The Celebrity Apprentice. Trump Jr was married at the time to his now ex-wife Vanessa.

In a series of now deleted tweets, O’Day dropped a TON of bombshells:

“since trump has now lowered this debate to trashing family.
-don jr HATES his father.
-ivanka is a lesbian on the low.
-eric f***** miss universe on the apprentice board room table while with his now-wife. #Debates2020.”

She followed that up with:

“We need to stop discussing kids…because Ivanka is a lesbian, yet doesn’t support women’s rights in this administration that she RUNS on the low.”

It’s not the first time Ivanka and her husband Jared Kushner have been rumored about…there’s been whispers for years that Kushner might have engaged in same sex love while in college. And, another informant from the set of “The Apprentice/Celebrity Apprentice” has also indicated that the Kushner’s marriage might not be on the up and up. Despite signing a non-disclosure agreement, former staffer on the series Noel Casler has spilled a lot of tea about the Trump Family including Donald Senior’s drug addictions and diaper wearing (oh, and frequent use of the “n” word). Casler has also said the Kushner’s have an “arranged marriage” with Kushner being gay and implying Ivanka doesn’t care.

Casler, who worked with the Trump Family for 3 years on the set of the TV show, also responded to a direct inquiry about Ivanka’s sexuality on Twitter this weekend:

The Kushners have 3 kids and Ivanka was caught giving Canadian Prime Minister Justin Trudeau the “fuck eyes” once over when he visited Washington a few years ago so we’d have to guess that if Ivanka is a member of the LGBTQ, she is a solid “B”….or, a good actress. Or, as Casler suggests, just a “sexual opportunist”.

The Kushners are also currently fuming over billboards posted in New York City’s Time Square that portray them as unfeeling monsters when it comes to the Covid-19 Crisis.

It’s tough out there for a Kushner.