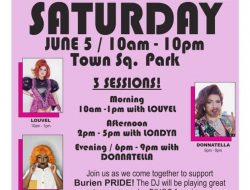 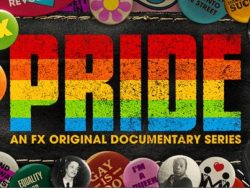 Big news today from the world of live local theater…the Issaquah, Washington based theater company VILLAGE THEATRE has announced they will be returning to live, in-person programming in January of 2022.

As in previous seasons, the company will debut all productions at its home base in Issaquah for an approximate month long run, then transfer each show to Everett, Washington for an additional run. Unlike previous seasons, the 2022 will focus on smaller, more intimate shows like the popular You’re A Good Man, Charlie Brown and the musical Raisin, which is based on Lorraine Hansberry’s classic play, A Raisin in the Sun.

“This season embraces the perseverance and road to recovery that we see in our world through stories of connection,” Jerry Dixon, Village Theatre artistic director said. “The productions in our 2022 Season reflect that there is hope and rising anticipation of a better tomorrow. While our communities continue to find ways to create new connections, embrace honesty and acceptance, and recognize that there can be joy in overcoming adversity or challenges as we face them together, we will bring that spirit and hope to the stage.”

Village Theatre will kick off its 2022 Season with Songs for a New World, a contemporary song cycle from Tony Award-winner, Jason Robert Brown (Parade, Bridges of Madison County) that reflects on the human condition, brings stories to life, and contemplates the ways we can feel and understand each other. The season continues with The Book Club Play by Karen Zacarías (Just Like Us, Ferdinand and the Bull), an award-winning story that takes a delightfully entertaining and wry look at how books shared can change our lives. Come Springtime, Village Theatre audiences will see more traditional musical theatre return to the stage with You’re A Good Man, Charlie Brown, a musical comedy that The New York Times called “a continuous pleasure.” Finally, the 2022 Welcome Back Season will culminate with the Tony Award-winning hit Broadway musical Raisin, which is based on Lorraine Hansberry’s classic play, A Raisin in the Sun.

Please find the complete four-show season and details below: