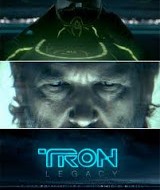 The Movies Column for Friday December 17

December 22, 2010 Comments Off on Need a haircut? “The Barber of Seattle” has your back. Views: 1380 #Theater and Stage, Arts & Entertainment, Stage

Need a haircut? “The Barber of Seattle” has your back. Rossini's "The Barber of Seville" opens January 15 at Seattle Opera.

Area opera fans are starting to salivate in anticipation for Seattle Opera’s upcoming production of Rossini’s The Barber of Seville which opens January 15 at McCaw Hall. But, a week before the opening of the opera, (which you ALL know: you’ve all seen the Bugs Bunny version) the Seattle Opera is hosting a very special preview event. “The Barber of Seattle” is happening Saturday, January 8 from 1pm to 4pm at McCaw Hall and will feature a sneak peak with baritone David Adam Moore (who will sing Figaro in the Sunday/Friday performances of The Barber of Seville) on hand to sing his character’s famous aria, “Largo al factotum,” while real-life barbers race against the music to give a group of bearded Seattleites the smoothest, closest shave. Other competitions include stylists giving their hair models new “do’s” and a “Seattle’s Best Beard” competition. All this, plus tours of McCaw Hall and music by a cappella group KlapaDooWopella performing classic barber shop hits.

This is a free event but besides an audience, Seattle Opera is also seeking volunteers to participate in the day’s activities. They need five licensed hair stylists, five licensed barbers, five bearded beauties to compete in the beard competition, five bearded beauties willing to be shaved, and five hair models willing to have their hair “did”. Stylists/barbers contact Justina Schwartz at justina.schwartz@seattleopera.org or (206) 676-5564. Seattle’s Best Beard wanna-be’s contact Tamara Vallejos at tamara.vallejos@seattleopera.org or (206) 676-5559. And, the other models need to do this:

Those who would like a free haircut or shave from one of our stylists or barbers, log in to Facebook and upload a photo that shows off your facial or head hair on Seattle Opera’s page at www.facebook.com/SeattleOpera, including a caption that answers the question, “Why do you want to attend The Barber of Seville?” For examples, visit the Seattle Opera Facebook page.

Those without a Facebook account who would like to be considered as a hair model for “The Barber of Seattle” should send their photo and caption to tamara.vallejos@seattleopera.org.

And, ALL selected participants get tickets to the final dress rehearsal of The Barber of Seville on January 13 and the winners in each group get tickets to a performance as well as additional prizes.

For the rest of us who want to attend The Barber of Seville, here’s the info:

The Barber of Seville, starring a stellar group of singers including the world-renowned Lawrence Brownlee, runs from Saturday, January 15 to Saturday, January 29. Single tickets start at $25 and are available online at seattleopera.org, by calling 206.389.7676 or 800.426.1619, or by mobile phone at mobile.seattleopera.org. Because Barber is a great show for young and first-time operagoers, Seattle Opera presents a Family Day matinee on Sunday, January 23, with up to four $15 student tickets available with the purchase of one full-price ticket (go to seattleopera.org/barber for more Family Day details). AND, for LGBTQ opera fans, there is a special package available for Friday, January 28, (go to www.seattleopera.org/tickets/lgbt/ for more LGBT Night details). Tickets may also be purchased at the Box Office by visiting 1020 John Street (two blocks west of Fairview), Monday to Friday between 9:00 a.m. and 5:00 p.m.

This is a chance to see one of the biggies in the opera canon…don’t miss this chance!