Re-Bar has the Beat! Jackie Beat! This Saturday... 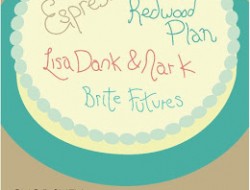 May 31, 2011 Comments Off on SIFF: The Post Memorial Day Edition asks, “Do You See Colors When You Close Your Eyes?” Views: 1349 Arts & Entertainment, Film, Seattle International Film Festival

SIFF: The Post Memorial Day Edition asks, “Do You See Colors When You Close Your Eyes?”

Sage Price and Sean Frazier in "Do You See Colors When You Close Your Eyes?" screening Tuesday and Saturday at the Seattle International Film Festival.

Local filmmakers make good with tonight’s premiere of the Bellingham made Do You See Colors When You Close Your Eyes? The film, directed by Caleb Young and written by his brother Joshua Young focuses on a relationship between a young man, his dead twin brother, and HIS male lover.

From SIFF’s description of the film:

This film, shot like a poem is written, uses vivid non-linear memories to tell the story of a family tragedy. At the start of the last year of his life, Jonathan (Sage Price) meets Christian (Sean Frazier) and the two quickly fall in love. After Jonathan’s sudden death, his twin Michael (Sage Price, again) and Christian finally meet. Both are suffering deeply and grudgingly look to each other’s deep loss and pain for salvation from their own. Shot entirely in Washington State in just seven days, Do You See Colors When You Close Your Eyes? is rife with scenes of startling beauty. The story in this romantic drama/road-trip movie carries with it the feeling of a long-held memory that has seen, over time, atmosphere replace many of the details of each moment, allowing the viewer to get swept away in its feelings. Directors Caleb and Joshua Young (who also wrote the script) show an engaging facility for portraying the emotion of a moment, even when words fail. Sage Price’s out-of-this-world rendition of two very similar people in vastly different moments of their lives is worth the price of admission alone.

This beautifully executed film debuts tonight at 7pm at The Admiral in West Seattle and you can bet it will be packed with its cast and crew including director Caleb Young. It encores on Capitol Hill, at the Harvard Exit, on Saturday, June 4 at 11am. We think it’s a “Must See” Film for SIFF 37.