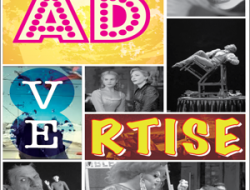 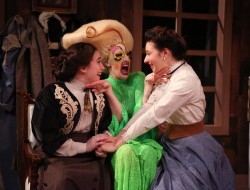 The Seattle International Film Festival opened its doors (for tickets) for the 43rd time today as they announce their full line-up for this year’s festival which opens Thursday, May 18 and runs through Sunday, June 11, 2017. Tickets also went on sale today for SIFF members and go on sale tomorrow (Thursday, May 4) to the general public for the largest film festival in the United States. SIFF had already announced their Opening Night Gala film, THE BIG SICK co-written and starring Kumail Nanjiani (HBO’s Silicon Valley) who is scheduled to attend the screening on May 18th with his wife and co-writer Emily V. Gordon and director Michael Showalter, as well as the Closing Night Gala, THE YOUNG KARL MARX and the Centerpiece Gala film, LANDLINE.

Also announced last week, one of this year’s two star tributes will be iconic actress ANJELICA HUSTON who will present her new film, TROUBLE during her tribute. The other just announced tribute will be actor SAM ELLIOTT who will be present for the Seattle premiere of his latest film, THE HERO. As for LGBTQ films, SIFF does not disappoint for its 43rd edition. There are 25 films/programs scheduled under the LGBTQ banner including some major events like the world premiere of THE FABULOUS ALLAN CARR, the latest documentary from gay filmmaker Jeffrey Schwarz who has produced acclaimed documentaries on Divine, Tab Hunter and Jack Wrangler. More on “Allan Carr” which premieres on Friday, May 19th at the Egyptian.

This year’s GAY LA, the festival’s annual big gay screening/gala party event is SUSANNE BARTSCH: ON TOP happening Thursday, June 8th at the Egyptian with the after party at The Baltic Room. Bartsch was the Queen of Party Producers in NYC in the 80s and 90s and beyond. Other icons are getting the SIFF treatment this year as well.  THE DEATH & LIFE OF MARSHA P. JOHNSON examines the life and mysterious death of the noted transgender civil rights pioneer and Stonewall veteran by Academy Award® nominated filmmaker David France (How to Survive a Plague). The film uncovers never- before-seen footage to re-examine the life, career and unexplained 1992 death of the activist and icon. The film screens at the Uptown on Friday, June 9th and at the Egyptian on Saturday, June 10th. The artist “Tom of Finland” is the subject of the biopic TOM OF FINLAND, screening at SIFF 43.

If you’re a fan of classic films, you have a couple options at SIFF 43 including the return of Merchant/Ivory’s production of E.M. Forster’s novel MAURICE which returns to screens for its 30th anniversary and after a 4k restoration. It stars Ben Kingsley, James Wilby, Rupert Graves and Hugh Grant in a lush pre-World War I setting about  “sexuality and identity” in a time before gay rights was even much of a concept. This special screening is one night only, Monday, May 22 at the Egyptian.

For fans of live theater, drag queens, pre-World War II Berlin, Christopher Isherwood, Kander & Ebb, and Bob Fosse, there’s the exciting special presentation of CABARET, the 1972 Oscar winning film version of the stage musical based on the short stories of gay author Isherwood happening on Wednesday, May 24th at the Egyptian with host, Seattle drag diva and RuPaul’s Drag Race Season 8 star ROBBIE TURNER on hand to present her favorite film with a pre-screening Cabaret inspired revue (with special guests like Major Scales) to kick the night off. Go here to snag your tickets to An Evening of CABARET With Robbie Turner.

There’s also NO DRESS CODE REQUIRED, a moving documentary about the fight for marriage equality in Mexico….and, DIVINE DIVAS, another documentary about 8 legendary Brazilian drag stars who broke barriers in the 1960s….Ananya Kasaravalli’s film CHRONICLES OF HARI is a narrative feature about an Indian actor struggling to accept/be accepted as a transgender woman…CHAVELA is an affectionate documentary about Chavela Vargas, “the rabble-rousing, cigar-smoking lesbian iconoclast famous for bringing audiences to tears” a Mexican musical icon who, championed by out gay Spanish filmmaker Pedro Almodovar, made a comeback at age 72. That’s just 10 of the planned LGBTQ film events for SIFF 43. Check out more at their website where only SIFF members can buy tickets today (Wednesday, May 3rd) but starting tomorrow everyone can. And, EVERYONE can still buy Festival passes and 6 pack and 20 pack ticket packages over HERE.

MUCH more to come in the weeks ahead.