Good Grief! Yet ANOTHER star of Logo’s hit television show, “RuPaul’s Drag Race” will be in Seattle for Pride Weekend 2012! Julia’s/LeFaux has already announced that Nina Flowers, Shannel, and Ongina will be on hand for the Capitol Hill Pride Party on Saturday, June 23rd and Latrice Royale, JuJubee and Jessica Wild will be at R Place Friday, the 22nd and Saturday. AND, the biggest one of all, the reigning Drag Race Queen Sharon Needles will be on hand for the HUGE “Hey Tranny, It’s Tranny!” event at Neumos on Friday the 22nd. Well, you can add yet another name to that long list as The Social just announced the plans and line-up for their kickass Pride event and it’s also happening on that Friday…

Season Two star and argueably the most popular RPDR contestant, Pandora Boxx will be returning to Seattle for “GLOW: A Black Light Party” with special guest dj Rob Hall…which means that hardcore Drag Race fans have some tough decisions to make about which show they’re gonna see…Here’s the poo on “Glow” which is produced by Sinfinite Productions:

One of the most talked about events of 2011 Seattle Pride returns for its second year…bigger and BRIGHTER than ever!

PANDORA BOXX
Pandora Boxx has been internationally entertaining crowds for more than a decade. Pandora is best known as a contestant on the smash hit RuPaul’s Drag Race (Season 2) on Logo and VH1. Despite not winning, Pandora proved to be the break-out star and was named by Entertainment Weekly “as their America’s Next Drag Superstar.” Pandora has told us she is SO excited with the theme and is currently working on designing NEW custom black light costumes.

With Guest Performance From:

$20 Tickets Available at the Door Day of Event 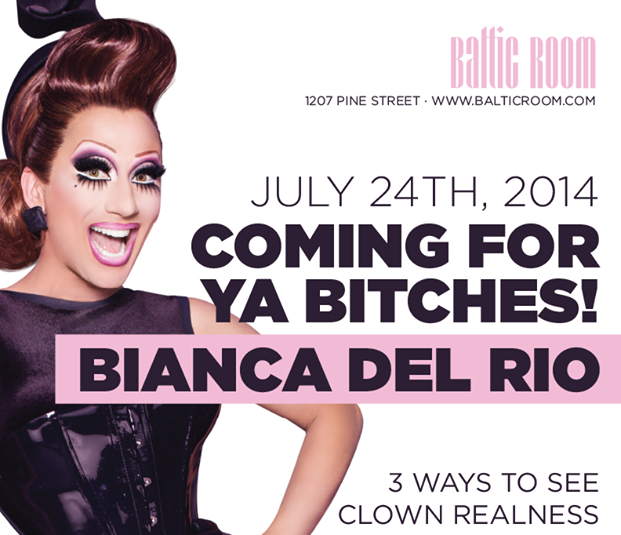 On the heels of the announcement of Adore Delano’s impending

Well, THAT was bloody exciting! I’m referring to Thursday night’s

The cat fights and wig pulling will make “Dynasty” and