“Sister Act” the theatrical version of the hit Whoopi Goldberg movie is coming to Seattle’s Paramount Theatre from August 20-25 with our interview subject Richard Pruitt as the Monsignor.

The popular movie-turned-musical Sister Act is returning to Seattle from August 20 to August 25 at the Paramount Theatre. The touring company includes Richard Pruitt as Monsignor O’Hara, a role he has been playing for over a year now.

Richard has had a long career in regional, off-Broadway and Broadway shows, but as he tells SGS, acting was supposed to be just something he enjoyed during high school and college.

Richard says, “As a child and into high school in Indiana, I was extraordinarily shy. If it had been a different time, I’m sure I would have been in therapy. In high school, I have no idea why, but I went to an audition and was terrified, but I got a little role and even an understudy of a lead. I didn’t even know what that meant. I continued acting in college, but intended to be an English teacher and that would be the end of acting.

“The summer after graduating (college), I continued to work at the local theater, and I thought I was done. The director had to leave and he recommended me as a director. Everyone said if I didn’t do it, the theater would shut down, so not wanting that to happen, I directed a few shows and ended up being in a few shows, and thought I was done (again). Then, one director said he wouldn’t do it if I didn’t perform in it. Actor Richard Pruitt is the Monsignor in “Sister Act”.

“In Louisville, KY, my girlfriend, who got her Equity (acting union) card, was telling people to hire me and we got in a huge fight about it, but one of the Equity dinner-theater directors offered me a job that would get me my Equity card, and in order to avoid a fight with my girlfriend, I got my Equity card. And I didn’t have a teaching job, and was working as an electrician for my father. When an acting job would come up, I’d like to do that more than electrical work. And it just sort of kept going, and I was an electrician in between. When an acting job came up, I thought, ‘Oh, thank God, I don’t have to get up at 6 in the morning.’

“In my late ‘20s, it dawned on me, ‘I guess I’m an actor.’ I had stopped seeking teaching jobs and didn’t have any other plans. I told my dad I wasn’t going to be an electrician anymore. He just gave me a dirty look.

“But the thought of going to New York to act scared me and I avoided it. A friend moved to New York and begged me to at least come and visit. I met another woman actor and got engaged and she announced we were moving to New York in 1983 and I’ve been there ever since. Now, I can’t imagine living anywhere else, but at the time it was a terrifying prospect.

“Most of (my subsequent theater jobs) ended up being out of town, often in the Midwest in dinner theaters and children’s theaters – and movie and television extra work. I did so many jobs as a police extra, eventually they told me to buy my own police uniform. That was kind of disconcerting because my dad was also a policeman in Indiana, besides being an electrician on the side, until he retired from being a cop!”

“I did some off-off-Broadway (shows). My only real off-Broadway success was Bat Boy the Musical. I still get people who remember that with great fondness. We had people who went 40 and 50 times!

“On the Waterfront was my Broadway debut, 1995, as ensemble (you don’t call it that in a non-musical) but I was there mainly to be an understudy. I was a cop and longshoreman and understudy. The main stars were Ron Eldard, Penelope Ann Miller and Kevin Conway. James Gandolfini was there during previews but he left. There was an air of disaster around this show. Gandolfini, one day at rehearsals was directed to try stuff he was not happy with, even though he’s an easy going guy, and a couple of days later he left. The director was fired before previews. It was, at the time, the most expensive non-musical production in the history of Broadway and closed after one week! The investors lost their shirts.

“I was doing a lot of commercials in the ‘90s, around 13 national commercials. Some of them, I was cut out of, and one we thought was going to run all the time and it never ran once! In the late ‘90s, everything started to dry up. I was getting jobs, but not good paying jobs. I had given up extra work, because I thought I’d gotten past that. I had three national commercials stop running on the same day.

“Bat Boy opened in March 2001 and I played Sheriff Reynolds. The townspeople want to kill Bat Boy, the sheriff wants Bat Boy to go away and doesn’t want anyone to get killed. It ran until December 2, 2001 (almost ten months), but we were interrupted by 9/11!

“It’s uncomfortable to talk about 9/11 from a show viewpoint. Even though we opened to great reviews, it took a long time to build word of mouth to fill the audience. We started selling out in the summer of 2001, and were finally making some money back. When 9/11 came, we were doing great. 9/11/01, we canceled (it was a Tuesday night). We canceled the Weds. Thursday night we came back and in our 500 seat theater, there were 69 people. We had been playing to over-capacity.

“9/13/01, I have never wanted to do a show less in my life than that night. We were all sick at heart and I felt guilty about being there and guilty about doing a show that people would laugh at. Our producers talked to us, the composer was talking to us, the writers emailed us: ‘People need to get back to normal, this is not a small thing you are doing.’ It was an awful evening.

“Our theater was downtown on 16th Street just north of what’s considered the Village and the (World Trade) towers were appreciably farther away. Close enough that when we got off the subway, if we looked south we could see the World Trade Center. By Thursday, except for near the Trade Center, transportation was manageable (again).

“(Audiences) continued to be 100 or less at every performance. People were afraid to go downtown or weren’t in the mood to go to the theater. The Broadway and off-Broadway theaters were losing so much money. Equity allowed us to work abbreviated schedule (normally theaters are required to do 8 shows a week) on a pro-rated salary. Bat Boy even closed down entirely for a couple of weeks.

“Sometime in November, things really started picking up again, but the producers were out of money. So, we closed with full houses, but we still had to close. There was a moment in the show when we were supposed to throw confetti, and the confetti suppliers wouldn’t give us anymore!”

Richard has been in several touring productions. He spent two years touring with Irving Berlin’s White Christmas. He talks about what touring is like for him.”You do get used to it, but you do think about it. When you’ve done a show for 300 some performances, there are days you think, ‘I’d rather be anywhere else.’ It becomes too much like a job. And then you get invigorated again. You get paid for the days when you physically or mentally or emotionally aren’t that thrilled with the job.

“As far as being on the road, number one you’re working, and in a good job and Sister Act is a very good show. Number two, you get to see a lot of places. We’ve played 32 North American cities and have 32 more to go. I’m seeing places I’ve never been and places I haven’t been for years. You meet a lot of wonderful backstage crews who are hard-working people. And it’s nice to be in new areas.

“The down side is you’re away from home a lot. My sons are grown up now and I don’t see them that much anymore. But I think I have as much contact with them as if I were in New York. It’s not like when they were little and I had to be on the road.

“The worst part for me personally is the physical act of travelling. We do mostly plane flights. But we’re going from Los Angeles (as of this conversation) and we’re opening in San Diego and we’ll go by bus. Airplanes are not designed for people of my size and it’s very uncomfortable. If you read about me going berserk sometime, it’s because claustrophobia has gotten the better of me. It’s not bad in a 2-hour flight, but when we fly from Seattle to New York, it’s something I dread for days in advance. But it’s just part of the job.”

“I was doing White Christmas on tour and we were in Grand Rapids, MI and got into town late Sunday night. I ordered room service and it was delivered by an all-American young man and I’m figuring out the tip and he’s asking me if I just arrived. Yup. And are you here for work? Yup. And what do you do? I’m with the show. Are you in the show? I’m in the show. Are you an actor or is it a musical? (Bah dum dum) It’s something we have to deal with all the time.

“The feeling is if you’re doing musical, you’re primarily a singer or dancer. If you’re an actor, you probably don’t sing or dance. There’s definitely a ghetto-ization there. I auditioned once for Cat on a Hot Tin Roof and thought I did a great job. The director spent time looking at my resume, and said, ‘Boy, you’ve done a whole lot of musicals! I’m not going to hold it against you.

“In Sister Act, there are two different moments in the show when I’m standing behind a (back)drop and it rises (so I can enter). There have been times when the drop didn’t rise when it was supposed to and you have a moment of panic. I’m the next person onstage and there’s this big drop in front of me. Do I go around? Thankfully, they’ve pulled it up late. One time I got down and crawled under it. But they ran up after to ask if I got hurt!”

Having a good time

“Sister Act is enormous fun and audiences go berserk. We often have audiences stand up and participate. They’re having a really good time, and that’s a great feeling. One audience member asked how long we’d been running and when told 10 months said that it looked so fresh. And that’s something that is easy to lose.”

Richard says, “I’m especially looking forward to coming to Seattle, because I have never been to Seattle at all. I know of its reputation as a beautiful city.” And we are glad that he’ll have a chance to find out for himself.

Who doesn’t love free stuff? And, while normally you have

We know there are armies of hobosexuals out there who 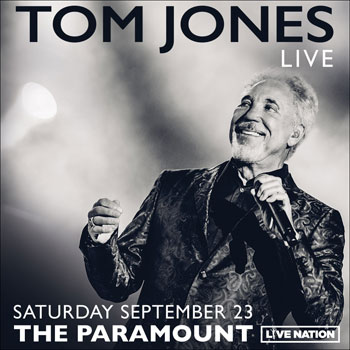 A case of the sads with the news that Sir 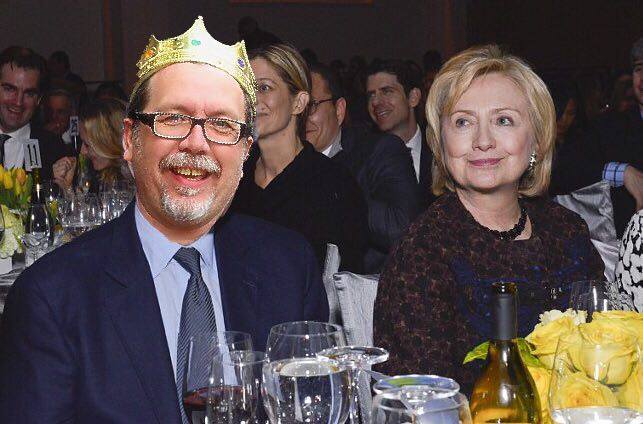 ...
Previous: Early Sunday Morning Brawl Outside Q
Next: $3 Bill Reschedules Outdoor Screening Of “Galaxy Quest”…Plus, YOU Can Be In A Trailer!