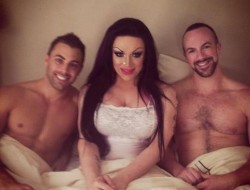 Pocket Full of ‘Sunshine’ to Illuminate REVOLUTION THURSDAYS This... 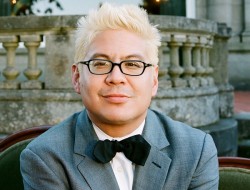 Thomas Lauderdale Gives Us Scoop On Everything “Pink Martini” LeAnn Rimes broke through on the country music scene in 1996. She has been going strong ever since. There have been ups and downs but she has kept her course and entertained us through it all. She collaborated with some awesome DJs on her new remix album and is touring once again. She is performing at Snoqualmie Casino  August 19. Don’t miss out. Get your tickets here.

ED: How did you pick the songs to include on the Remix album?
LR: A lot of them were hits. I love the song “Strong” and really love the remix as well. It is really not much of a vocal piece. I just performed it at Gay Days in Orlando not long ago. It was the first time I have ever performed my remixes live and it was so cool. “Help Me Make It Through The Night” is sort of an old country song. It is funny when you meld the country world and electronic dance music (EDM) together. It was just kind of things we played around with and remixed. Some of them have been around and some are just songs we loved. It was a collective effort of everyone choosing the sings.

ED: How was it to work with Dave Audé?
LR: He is fantastic. You know it’s funny because I have actually never met him. We just talk on the phone. The DJ’s take the track and do whatever they do or however they see it. David sent back 3 or 4 different mixes and we just go from there. Then we just talk about what we like and dislike about each one. It is just the creative process of it.

ED: What was it like to work with The Crystal Method?
LR: Oh, I love them! That was completely different. They asked me to come perform on their record. They sent me the track and I loved it. My friend Darrell Brown and I went over to their studio and we wrote the song on the spot. The entire process took about 5 or 6 hours. They are such cool guys. We met while working on the Re:Generation Project. It was a great experience. I really enjoy doing things that are completely foreign to me. It gives me the opportunity to create something different and new.

ED: Are you performing any of your new music on this tour?
LR: Oh, definitely! We play a lot of the hits and mix it up quite a bit. I usually go by a set list but these days I really like hanging with the audience. They usually start throwing out song titles they want to hear and it is very fun. It is a very chill atmosphere.

ED: What made you want to open up your life to a reality show?
LR: Basically, Eddie and I wanted to do a show just to work together. We found a team that really understood what we wanted to do. We didn’t want an exploitive show. We wanted people to see the side of our story that they have never seen. It is just us. We have been written about a lot. We wanted people to see the soap opera that has been made up about us for the last five years isn’t our life at all. The show was just a fun way to work together and poke fun at all that has gone on. It also challenges what people think they know. With all the stuff in the media and tabloids it just presented a perfect storm to be able to finally do it. We were presented with the opportunity many times but I think that most of them wanted to make it super exploitive and that is not the way we wanted to do it. What we came up with wasn’t invasive at all. We got to create a show that is based a lot in comedy because that is how Eddie and I are with each other anyway. So that really came out in the show. We had a lot of fun.

ED: If you could collaborate with anyone, who would it be?
LR: Oh my god! That is like asking me to pick a favorite candy or something (laughter). They all taste good. They all sound good. I guess one of the first people that pops in my head it David Gray. I really love him. His voice and song writing are fantastic. I have just been a fan for so long. I don’t know what I would perform with him but I would love to sing with him.

ED: What artists are on your favorite playlist right now?
LR: Ed Sheeran, his new record is amazing. I love that album. Jon Batiste is a new one I just discovered. He has a new album out called Social Music. It is a modern jazz/rock thing that is really cool.

ED: If you could go back and give your younger self a message, what would it be?
LR: Wow. I think maybe that every bump in the road is a lesson to be learned. Oh, and to realize you will get through it. You can get through anything. Also, always be yourself even if that means you are left of center. Finally, make the music that you want and that makes you happy. Don’t make music just to fill a quota.

ED: Do you have a message for LGBT youth?
LR: The biggest message is that you have a 100% complete supporter in me. I think you really need to be yourself. Remember there is freedom on the other side of all of the craziness and judgment. I think that is a huge lesson. You are strong enough to walk through all of that and be a better version of yourself. I think I really relate in that way. I was a kid and always judged. I think that is why I have been so drawn to the LGBT community. I understand that judgment in some way.