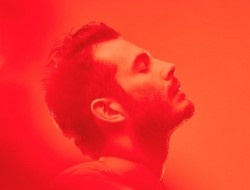 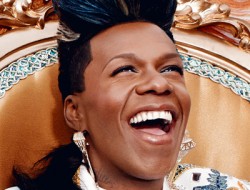 Big Freedia is Coming To Neumos…AND, Has A Book... Copious Love Productions kicks off their third season with the psychological fuck-fest, Alice’s Anthem. Written by Chelsea Madsen with music and lyrics by Tony Galivanes and directed by Brendan Mack, Alice’s Anthem takes a dark and psychotic twist on the classic Alice in Wonderland story mixing in mental illness and enough drug use to make Lindsay Lohan say “slow down”.

After taking my seat and looking through the “Adventure Pack” I bought at the door, I was ready for the journey I was about to take. For the next 2.5 hours my emotions and senses were taken through ups and downs completely captivating me from beginning it end.

The cast of Alice’s Anthem really brings the story to life and is brimming with talent. Zenobia Taylor is stunning as Alice. This 17 year old actress brings a sort of corrupted innocence to this role that can only be described as Dorothy Gale with a S&M fetish. It seems  this character was written for the sole purpose for Zenobia to play. Zenobia is a true talent and you can mark my words that we will be hearing much more about her in the future. Dan Davidson’s Mad Max can only be described as genius. As our guide through our trip Mad Max keeps us laughing and terrified at the same time, a very difficult task that Dan does with ease. This cast blends well together and you can tell they are all enjoying this production.

While the first act is a great taste of what this show brings, the second act is one of the best mind fucks I have experienced. The take on Tweedle Dee and Tweedle Dum as DeeDa, played by Katie Kuntz, and LaDee, played by Rachel Tyrrel, left me blown away and craving more.

Hugo House’s performance area is massive and this show uses every inch in some of the best staging I have seen.

For a little bit of added fun they offer “Adventure Packs” at the door that give you some interactive props, mine however came with the realization that as an adult I can no longer play the kazoo.

Alice’s Anthem is not your normal night at the theater; it is dark and will make you think. I enjoyed every second and would recommend this show to anyone who enjoys an outside of the box experience.
Alice’s Anthem runs through October 11th on Thursdays, Fridays and Saturdays.

Go to www.alicesanthem.com for more information.