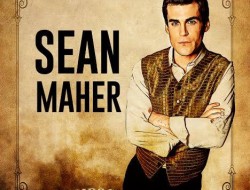 Next Weekend’s “Steamposium” To Heat Up Seattle With “Firefly”... 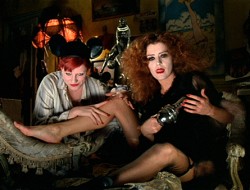 Don’t get me wrong. I love comic book characters, and most of the comic book movies. And sci-fi is rad. Some anime is also rad. But nothing could have prepared me for Steamposium.

Being new to the subgenre (currently reading Boneshaker by local author Cherie Priest as my gateway novel), I only had a vague impression of what to expect as I entered Bell Harbor International Conference Center on Friday, the 26th. My first thought was, “Damn, everyone looks amazing!” Second thought was, “I’m soooo not dressed like I know what I’m doing.” And the third thought was, “Holy crap it’s entirely too warm to wear any of this!” But as every queer knows, beauty is pain.

So as of 3:15 pm on that same Friday, I found myself drinking a $7 glass of merlot and realizing I’m in over my head. It’s never easy throwing yourself into unfamiliar territory. But we do it, because sometimes it ends up being incredibly fun.

And this was! Stunningly so! I walked through the vendor area dismayed that I couldn’t just have all the things. ALL THE THINGS. We’re talking every manner of corset (from traditional to comic-book print, for men and women), hats, gloves, skirts, boots, jewelry, books, leather, props, shirts, tea, concoctions, goggles, tinctures, art, glassware…you name it. The artist/author area was wonderfully decked out with approachable writers and fascinating works of art in many mediums. Get your picture taken with steampunk weaponry? Sure! Small sample of the costume wearers.

Oh, and of course there was a game room that grew in popularity as the convention gained *ahem* steam. As for my previous blurb regarding the event, I was wrong: High Tea was High Tea. There actually was an egregious amount of varying panels, ComiCon style, regarding everything from trimming your facial hair to fencing to film-making to Nikola Tesla.

Sidenote: Hipsters, you have nothing on those gentlemen’s handlebar mustaches.

I attended one panel, entitled, “Victorian Kink.” It was part one of a two-part panel (the latter being kinkier). Hosted by Lady Clankington and her beau Tom, the two hilariously highlighted many interesting points about Victorian sex life. We learned, among all its subtle culture, it really was OK to be queer, as long as no one was caught. Famed poet Oscar Wilde was cited, noting that everyone knew his proclivities, but no one cared until he ended up in court. I shouted out that he was a total bear, and everyone agreed. Tip of the hat also to the lesbian starter-kit book, Tipping the Velvet. In conclusion, although many people think the era was nothing but repression, it was in reality the beginning of the end of social injustices. Most every great civil rights movement we have faced over the past 150 years can be traced back to Victorian times.

Friday finished with a bang at the birthday ball, complete with free cake, the Nathaniel Johnstone Band, and a marching band in green who funkadelically covered the Doctor Who and Game of Thrones theme songs. Saturday was a cruel mistress, indeed. Because costumes! So many! That all looked so good on so many levels! I attended the costume contest (in which Sean Maher and Jewel Staite were judges), and witnessed…no lie: a real, working Dalek. Creepy fantastic, let me tell you. As I roamed the halls and rooms with a good friend of mine, I noticed some things. One: About 98% of the fans arrived in (fabulous) costume. Not a common trend among larger conventions, and perhaps it has something to do with steampunk being a fundamentally literary fandom. Two: Everyone was incredibly polite. Not just in a passive Seattle-ite way, but gentlemen were gentlemen and ladies were ladies. There was the dog-floppy-paw handshake, the hand kiss, the “pardon me, madam,” and an element of pride in the way people carried themselves. Even the most awkward were proud to be wearing what they did, and maintained the utmost level of respect in all situations. This convention knew nothing of harassment or judgment, from what I could tell. You could say it was because of its smaller size, compared to ECCC, PAX, or SakuraCon, but I say it has everything to do with the nature of the fandom and the people themselves. And three: Such diversity. It was refreshing, really. All ages, all sexualities, all genders (including trans). And no one cared if you crossed genders, as long as you looked like you loved steampunk.

But the best part? I GOT TO INTERVIEW SEAN MAHER! Bet you would’ve like me to lead with that, eh? Whoops.

Due to technical difficulties and my novice abilities, I will not be using direct quotes. But I do recall much of what he said, and can give you the finer points. Here goes.

So, word on the street is, you’re out…

*Gasp!* Who told you? It was you, wasn’t it? (Looks at Jewel Staite, all joking-like. She laughs and jokes back.)

Was it fun or did it turn your stomach a little to have to flirt with Kaylee on Firefly?

Oh, so fun! I had a blast. (Jewel chimes in that he’s just saying that because she’s sitting right next to him.)

What are you working on now?

Holy shit. That’s the best thing I think I’ve ever heard. Sorry, drooling fangirl moment. Anyway…Do you feel like you’ll pretty much stay in sci-fi or nerdy work, or do whatever comes your way?

Well Firefly certainly opened some doors for me, and I’m grateful for that. But I do like to keep my options open.

Do you feel like sexuality expression and geeky expression are mutually exclusive? Or have you come across it?

Not at all, from what I’ve seen. Then again, there are places I haven’t seen. But from what I can tell, fandoms tend to be pretty inclusive. But this is my first steampunk convention. I think fandoms allow people to be pretty open.

Do you see your character of Doctor Tam as a male feminist? As in, were you able to present a different masculine presence possibly as a result of your sexuality?

Oh wow, I never thought of it that way. That’s the first time I’ve gotten that question. What I liked about the character was that he was seen as a brother taking care of his sister, and I think his love for his sister showed through. I never denied who I was in the role, so if my sexuality played a part in my portrayal, it was unconscious. It was probably there, but I wasn’t aware of it.

We only had a few minutes, but Sean graciously offered to sit down with more time if I wished. Sadly, I couldn’t stick around for more. He was incredibly patient, kind, easygoing, and compassionate; I could easily see where Dr. Tam’s traits came from. Jewel was thankfully patient as well, playing with her adorable dog, Charlotte. And yes, he’s wicked handsome in person. Special thanks to Zeon Kelly for the press pass and for getting me in the room with such amazing celebs. Special thanks also to my friend, Teresa, for having the only meaningful question for Sean.

All in all, I went back to my day job on a high. Perhaps some time in the future, we may see smaller cons take the stage again, so that everyone can be as well-behaved and simply in love with their interests as steampunkers are. Every convention has a dark side, and every rose-colored glass has a chip. But I have yet to find Steamposium’s.