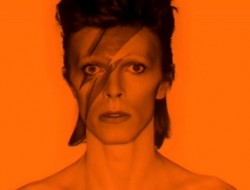 September 20, 2014 Comments Off on SQUEEEEEE! Nick Jonas And His Juicy Nipples Will Be Here In A Matter of HOURS!!!!! Views: 4291 Arts & Entertainment, Music

SQUEEEEEE! Nick Jonas And His Juicy Nipples Will Be Here In A Matter of HOURS!!!!! Nick Jonas and his non-functioning tee tee spouts are appearing at The Showbox on Monday, Sept 22.

The youngest of the Disney manufactured Jonas Brother pop stars, NICK JONAS is comin’ to town this Monday, Sept 22 for a gig at the downtown Showbox. It’s a rather sudden, last minute kind of thing but the singer/actor has projects to plug so maybe that’s the reason.

If you enjoy Disney pop and barely legal, maybe kind of closety and/or desperate to attract ANY kind of audience, even the homos, types of fluffy entertainment, then go check out little Nicky’s show and his juicy nipples.

Maybe he’ll take off his shirt….or, pants. Something.