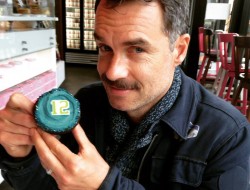 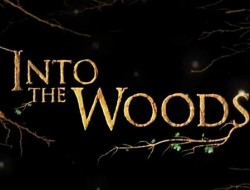 January 10, 2015 Comments Off on Life’s Got Issues. Laugh at it with Theater Schmeater’s The Secretaries! Views: 1939 #Theater and Stage, Arts & Entertainment, Stage

Life’s Got Issues. Laugh at it with Theater Schmeater’s The Secretaries!

Oh, feminism. I don’t know why 2014 made everyone cringe at the word. Get over it, people! And then go laugh! Because there aren’t nearly enough femme-centric events in this town.

The Secretaries is a play starting January 16 at Theater Schmeater in Belltown. Written by Five Lesbian Brothers (all women) in the ’90s, you will be treated to a parody of murder mystery in the office of a lumber yard in Big Bone, OR. Why are the women who work there obsessed with perfection, and why do the men keep disappearing? Some camp, some thrills, some sexiness, some joy, and a sprinkling of the big Feminism Questions…these local actors shall not disappoint! And oh wait…it seems the cast and crew are entirely female. Gasp! Whaaaaaaat? Those exist?? Blasphemy, I tell you!

I had the pleasure of being able to send some questions to the director, Julia Griffin. She was more than accommodating, and responded as follows:

KorraQ: Who wrote The Secretaries, and what was the inspiration?

Julia Griffin: The Secretaries was written by a theater company out of New York called The Five Lesbian Brothers. I think their inspiration was to create something that was a product of  “second wave feminism”, not just equal rights, but sexual equality, social equality, family equality, you know, life equality. The political strides of first wave feminism led the way, but to get to the details of equality is something that I feel they speak to. We are still fighting the same battles today, but we are much better armed and have a much stronger and clearer voice. This play was written in the early ’90s and it is pretty amazing to think that we are still fighting the same fight. We have made strides, but still have a way to go.

KQ: Is there any subtle reference or inspiration from the movie Secretary?

JG: Besides being super sexy? Nope.

JG: All local amazingly talented actors, yes. All of the designers are local woman as well.

KQ: Are there elements of burlesque in the show? Seems like some tongue-in-cheek humor, which Seattle loves.

JG: No burlesque. There is a bit of the tongue in cheek, and a heap of satire, but it is actually a traditional story with real life strong characters. Maybe we’ll throw in some burlesque the next time we do it. 🙂

KQ:Does the show speak to feminism at all? If so, how?

JG: It does. And in a way that I am a big fan of. There are quite a few times in the show that we comment on body image issues, relationship issues, and sexual power plays…but they are all among the women. There are references to men, and even a male character in the play (played by a woman, of course), but the power struggles and body images are all centered from the woman in the office. I found that to be profoundly interesting. I think woman are our worst critics and we are truly terrible to ourselves and one another. Be it body image. sexual insecurities, what have you, I think so many of the issues stem from how we treat each other. We are quick to jump to the man to be the one putting Baby in the corner, but nine times out of ten, it’s the woman staring eye daggers at your cheeseburger that is making you think about dieting. The other thing I really like about how the Brothers touch on feminism is that it is indeed tongue in cheek. The play is referred to as one of the playwrights as an anti-feminist/feminist play. I love that. I feel like people take themselves and this life too seriously. I know that there are serious issues in the world that are no laughing matter.  Racism and harassment and nonsense (or nonexistent) gun control, let’s be honest…the world can be a pretty terrible place. Sometimes the best thing to do is just to laugh. It may not solve to problems of the world. But it may get you out of them for just long enough to look at them with a different perspective.

KQ: Will there be more productions like this from Theater Schmeater?

JG: I freaking hope so!  But really, we do try to bring at least one show like this into our season every year. It is contemporary and a little edgy and a bit of a surprise.

KQ: What do you hope the audience will walk away with from The Secretaries?

JG: Oh geez. Laughing and a little freaked out is how I hope they walk away…but what will they walk away with? I suppose that I would want them to walk away with a different perspective on the way women treat each other and maybe a little less doom and gloom about the state of the world. If even for just a moment. (That is a tough question!!)

With performances at 8pm every Thursday, Friday, and Saturday night until Valentine’s Day, you’ll have plenty of time to catch this important and amazing show. Tickets start at $25, which is damn cheap. So no excuses, ladies! Bring a date!