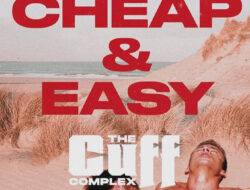 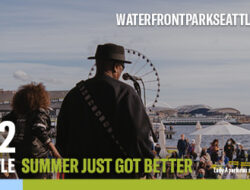 It’s sad news that Theatre 22, one of Seattle’s few LGBTQ+ theater companies announced a few weeks ago that they were closing down the company after the run of their latest production, NONSENSE and BEAUTY which opens Friday, September 9th. Citing issues caused by the Covid-19 pandemic and the difficulty of finding affordable venue options to produce theater, co-founder/artistic director Corey McDaniel explained why the company made this difficult choice:

We at Seattle Gay Scene adore Corey and his partner in everything Alber Sucupira and while we’re going to miss the theatrical work and art they created over the last decade, we can continue to cherish the bonds they created with Seattle’s theater and LGBTQ+ communities…and, very fondly remember the terrific productions they did over the years like Water by the Spoonful, Annapurna, Downstairs, The Pride, The Revolutionists, White and many others.

AND, we can honor their work by supporting their CURRENT production, NONSENSE AND BEAUTY which is a powerful new play by playwright Scott C. Sickles about the British novelist E.M. Forster (Howard’s End, A Room with a View) and his relationship with Bob Buckingham, a much younger policeman. More via press release:

Recipient of the the 2018 Edgerton Foundation New Play Award, Nonsense and Beauty by Scott C. Sickles follows the eminent British novelist E.M. Forster as his romance with Bob Buckingham, a policeman 23 years his junior, falls prey to his fear of discovery. After Bob marries May, a compassionate young woman, Forster remains ensnared in a turbulent and unique love triangle until his death nearly 40 years later. Based on a true story, Nonsense and Beauty captures the wit and wisdom of one of the last century’s great writers.

“The palpable yearnings of its characters in a time of social repression, even for a renowned writer such as Forster, make it a fascinating and absorbing story.” ~ Mark Bretz, Ladue News

“…[A]n engaging and provocative play that questions whether love is always worth pursuing regardless of the cost. Sometimes it’s impossible to know for certain. All we can do is disregard the nonsense and embrace the beauty.” ~ Calvin Wilson, St. Louis Post-Dispatch

“A lovingly crafted work of substance, that means something, where the attention to detail is strong, and the approach thoughtful.” ~ Lynne Venhaus, St. Louis Limelight

The play is directed by Corey McDaniel and starring in it are Eric Mulholland, Russell Matthews, Hisam Goueli, Jennifer Ewing, and Marty Mukhalian.

Note that for the safety of the actors/staff, masking will be required of all patrons.

And, finally, a big salud to Corey and Alber and everyone at Theatre22 for a decade of making magical theater!