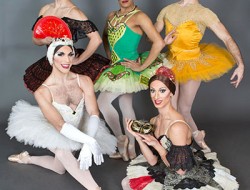 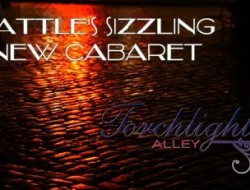 Somehow, some way, we keep coming up with summer vibes every single day. In February. Drought might be coming, but the party music is far from dried up. Enjoy the fake summer with some music that you might come back to when you can sit outside for more than a half hour.

Midday Veil is etherial, trippy shaman shit—it’s music that might get made by wood elves on mushroom muscle relaxers. It’s all improvised, too, but it doesn’t get ostentatiously jammy or technical. Midday Veil create moments, atmospheres, that encourage introspection and insight, and somehow stay danceable. They’re the perfect chaser for a night of bouncy electropop.

Jimi Jaxon is well known round these parts—he’s a headlining affiliate of Bottom 40 and Dickslap. He puts on a great party, and he curates monthly Disco Droppings shows feature his favorites and assorted weirdos and up and comers. I’m excited about Raveghost, who puts together synthy, spacy loops seemingly taken from infomercials and self-help videos and drops a trap beat on it. Overcome your inhibitions and hangups for the low, low price of four easy payments of $9.99!

Deception Past, The Riveters

Deception Past play very traditional, very calculated honky tonk, but they play it well. The band used to have around a dozen members, but now it’s an outlaw-sized six piece. Lake City’s Shanty Tavern is one of the last roadhouses in Seattle, dirty and cheap. It’s the perfect place to drink cheap and listen to country.

Star Meets Sea plays eerie noir music. It could sound like Souxie or it could sound like Calexico, but it’s always creepy and punchy. The trick they pull off—coherent identity, disregard for genre—is doubled by one Erik Blood, who works with just about anyone, boom bap or twang, (Shabazz Palaces, TheeSatisfaction, Moondoggies) and plays a music all his own.

If you’re taking it seriously, you probably won’t like Meth Dad. They have Casios, Jock Jams samples, and probably drank lots of Mountain Dew when they were kids. Or right before the set. Party on.