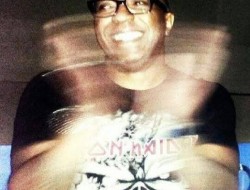 Almond Brown Talks To L. A. Kendall…And, Reveals ALL! 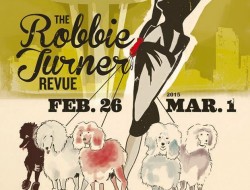 This column keeps getting later and later! Sorry* folks, I was getting drunk with Willie Nelson and Birdman. New Orleans is a crazy town!

*that I’m not sorry.

Christian McBride’s credits read like an inventory of the most significant post bop bandleaders (McCoy Tyner, Herbie Hancock). McBride is old school in the best way; he gets up and plays every night, he makes a ton of records, and he’ll work with anybody. His playing is virtuosic but warm. He may even overcome the price gouging and crappy food you’ll experience to see a show at Jazz Alley.

THEESatisfaction is one of the most creative and talented hiphop crews working on the West Coast today—forget just Seattle. You’ve probably heard of Cat and Stas before, but you have not heard them entering their prime (or, perhaps, seen their show- they work the stage damn near as well as the mic). THEESatisfaction dropped their new record, EarthEE, this week, and have announced that they have moved past their apprenticeship (with Shabazz Palaces and Erik Blood, among others) and into the early stages of mastery. Boom bap, pulsing electro, synth noise, eeire horn loops, Stevie Wonder and Ella Fitzgerald pastiche—it doesn’t sound like anything else.

Sound Off Finals: Emma Lee Toyoda, Mystery Machines, One Above Below None, Righteous Minds

Battle of the bands! Fun! Sock hop! This mythical event rarely, if ever happens, especially not in big city music scenes. If not for Sound Off, I would think they only happened on a diminishing number of college and high school campuses. However, Sound Off fills a real purpose. Seattle is lucky to have a robust all ages scene and institutional support for local music; while we could always use more, there’s a lot of people who grew up here and started great acts because they played venues like Sound Off, Vera, and the Firehouse. These bands may or may not stay together as the members grow up, but someone in these bands is going to make one of your favorite records of 2020—my bet’s on Emma Lee Toyoda, who is already a killer folk songwriter.

Langhorne Slim twists and prances around. He jumps on top of things—pianos, bars, tables, when I saw him at the Sunset. He screams into the microphone. This man cultivates moments onstage. Music, played through the body—the way the body moves with words, how footsteps progress with chords—is the reason music shows (as opposed to concerts) are worth a damn anyway. Langhorne Slim works hard. He sweats. He brings together hoedown and all ages punk show. He is captivating and sexual: he puts on a show.

Truckasauras bleep and bloop with crappy MIDI keyboards. They play drum machines by hand, if they’re so inclined; they sample the soundtracks of propagandistic documentaries about totally bitchin’ fighter jets, then make ample use of the Funkmaster Flex bomb. When I saw them last, in 2010, they looped a clip of Hulk Hogan headbutting a dude in the nuts; it looked like he was sucking the guy’s cock. If you like your dance parties on the performance art side, or your video collages on the rave side, then this is the set for you.