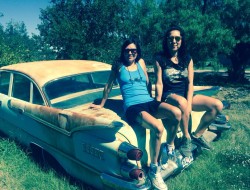 March 6, 2015 Comments Off on Rubber Trouble at the Eagle… Views: 4780 After Dark / After Hours, Nightlife, We Love The Nightlife

Rubber Trouble at the Eagle… At last, your dreams of rubbing up against men and making a squeaky noise are about to come true: it’s time for Suction, a rubber-themed party at the Eagle. Everyone dressed in tight, slick, waterproof gear? Yes please.

The party’s tonight, March 6, at 9pm, and oh boy you bet there’s gonna be demos. A straight jacket! A sleepsack! A mother-flipping vac tower!

(A vac tower, for the uninitiated, is a sort of cube frame with rubber stretched all around. A victim steps inside the folds, leaving just their head or some breathing holes exposed, then all the air is vacuumed out to seal them in. It’s basically like one of those late-night infomercial bags that you use to store all your bulky sweaters. Except that in this scenario, you are the sweater. Perhaps you have exchanged roles, and the sweater is outside of the bag, holding the suction hose in place to trap you inside until next winter. Who can say?)

As materials go, rubber’s a bit more exotic than, say, your classic leather or your ball-hugging spandex. It’s kinda pricey, and alas there aren’t any rubber stores in Seattle. But if you want to dip your toe in the stretchy-garbed water, you could always pick up some neoprene at doghouse.

Dalgleish is fiendishly excited about introducing newcomers to rubber, so now’s your chance. “Nothing makes me smile more than a twinkle in the eyes of a guy getting out of a device, or restraints, or out of their first rubber suit,” he says.

And when building your rubber collection, Reid advises, start small with shorts or a tank top. Look for gear swaps, like at Rubbout or MIR. And if you want a perfect piece, get something tailored to your shape. (Or maybe just a little bit tighter.)

But let’s just step back a moment and explain: what’s the big deal, anyway? What’s so great about cramming yourself into a suit that’s made out some goo that leaked from a tree?

“Rubber is the ultimate in perverted confinement in my opinion,” Reid says. “Skintight or not, the material doesn’t breathe so you immediately feel the confinement of a layer of it on you. Things feel different with a layer of latex in between.”

It looks like alien skin, it has a special pungent smell, it feels perfectly slick and makes that shrill squeak when lubricated. Of course, the same could also be said of the Hamburger Helper hand.

“A good sweaty session in rubber is fun, and then the relief of releasing yourself from its confines in the shower at the end of the night as the latex just falls off your body is really an amazing experience,” Reid says. “Rubber gear is as close an embodiment of sex in clothing as I think one can get – it is stimulating to put on, wear, and get bound up in.”