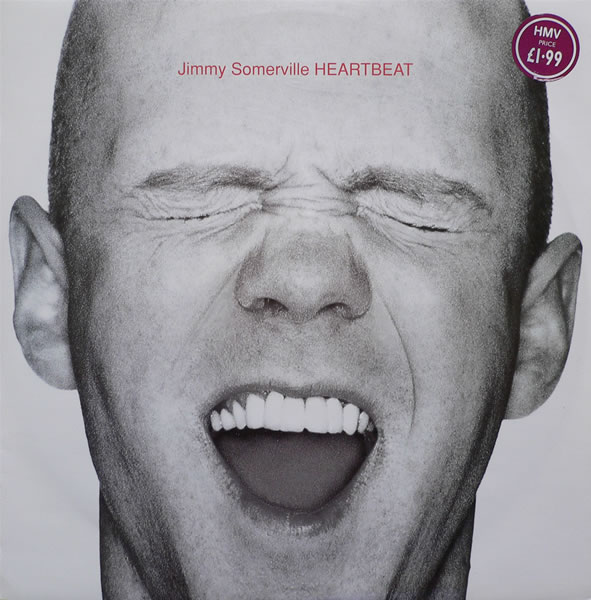 We Can Never Say Good Bye To Jimmy Somerville! The Iconic Singer Talks To SGS About His Career & New Album Jimmy Somerville of Bronski Beat, The Communards and solo fame is back with a new album dropping Friday, March 6th. Homage is all disco and all brand new music. This gay icons distinguished voice and style really shine through in his new album. We hope he tours soon!

Earle Dutton: Are you excited about the new album?
Jimmy Somerville: Yes it’s something completely different. It is a whole new place to be musically. It is really exciting.

ED: There is so much new music and electronica. What made you decide to do a disco album?
JS: I guess because I’ve done some of my own interpretations and covers of so many disco songs. I’ve taken them out of their own context and put them in mine. I just kind of put them in a gay context or more politically gay friendly context. So with this album I really wanted to explore the genre and the whole process of making such an album. I wanted to stick as close as possible to the way it would’ve originally been done so there are no electronics and no synthesizers. The entire album is all acoustic and real. It was a really great experience.

ED: I have loved your music with The Communards, Bronski Beat and as a solo artist. I am not sure all of our readers have followed you that long. What would you like to tell them that you have been up to all of these years since your last album?
JS: You know, living my life and getting along with stuff. I’ve still been creating music just more low-key. I would produce stuff but I wouldn’t really think about promoting it or doing anything around it. I kind of elected to just let them have a life of their own. This project was so different and so special that I decided to promote it and put it out there and to do all the things necessary to get people to be aware of it and listen to it. I think it’s a great album.

ED: Do you have a favorite song on the album?
JS: No. I don’t really pick favorites because everything changes every day, especially music. I just love music so much. Often I’ll fall in love with a song for just the day and that will be the song of the day or maybe even longer. Then I’ll discover something else and love that. All of them get some love and attention at some point (laughter).

ED: What is your process? How do you personally choose what songs go on an album?
JS: This process was really different. We just started arranging the songs and it just became apparent that they were working really well together. It was all about getting excited about the music. It was a process of really connecting to each track.

ED: I know that this album is just coming out, but do you have a new album or project in mind?
JS: I’ve already written the songs for the next album and they are just waiting to go. It is very interesting because this next album is similar but completely different from this one. It almost seems like a genre of music that would’ve come before disco. It is more paired down. It is all acoustic and really going back to basics. It has been an interesting process. I think I’m really reconnecting to all the sounds that I really loved, that for some reason I’ve always managed to pass by. I am really indulging in it and exploring them and myself. I’m discovering my real musical roots. It’s late in the day but it is better late than never.

ED: Are you going to tour America?
JS: I would love to do some live stuff. The great thing about this genre is its flexibility. You can have a big band or a small one because it’s all about the live experience, the acoustic experience. You can take a couple of horns and a couple of strings and do it any way you want. The production of this album was all about the energy, talent and love that everyone put in it. The musicians really gave it a life of its own. It was a really exciting experience.

ED: How do you think this tour would differ from a Bronski Beat or Communards tour?
JS: It would be very different because I’m not 26 years old any more (laughter). I have a lot more life experience behind my vocal cords now. I’ve a much more relaxed and stronger understanding of who I am and where my gifts are with my voice. I feel a stronger connection to it than I ever did before. It’s a different time, place and a very different me. I have the same energy, the same passionate belief and the same conviction as before though.

ED: Was it a surprise when Richard Coles your partner in The Communards became a priest?
JS: At the time I was pretty much (umm) okay. I didn’t know Richard well enough to realize how dark or desperate it gotten for him. He changed his life and it sort of saved him and brought him back from the brink. If becoming a priest is what did it for him, then thank God for that because it saved his life. That is the most important thing. I don’t really think about it that much anymore. At the time, I was very angry and rallied against it. It didn’t fit into my beliefs at the time.

ED: How does it feel to have your hit song “Smalltown Boy” still be so lyrically relevant after 30 years?
JS: I’m so proud. It really is more than just a song. I think people get a real heartfelt and genuine connection from it. It taps into people’s emotional state. I get a lot of letters and comments from people stating how it changed their life or got them through some tough situation. It is a lot more than just saying I love that song and I used to dance that song. To be a part of the group that created the song is amazing. It has not been my song for really long time it is in its own universe and sending out love. That is how I see it.

ED: You are known for doing some really amazing covers. Do you currently have a favorite?
JS: Not really, sometimes when I’m singing one I may connect with it more than others. (Laughter) There was a period that whenever I sang “Never Can Say Goodbye” I would think that I wish the song would just go fuck off (laughter). Then a little while later I would connect with the melody again and really love singing it. It just comes and goes like everything we do. There have been some real ups and downs with me. Some of the songs have seen me at my very lowest and even at my highest points. They have seen me through a lot of things. Some of them are really more than songs. I have really always loved singing the beginning of “Mighty Real”. When I perform it live, I take the epilogue version from album and do a 30 or 40 second really slow and spiritual intro. Then I carry on the really long note and just blow your ears off.

ED: Were your musical influence is growing up?
JS: Wow, they are so varied. I grew up with lots of music and a hunger for new music. I wanted to listen to anything and everything. A really cool and cherished thing that I just bought is the 12 inch pink vinyl version of Dolly Parton’s “Baby I’m Burnin’”. On the sleeve is Dolly Parton on the swing and it says ‘Disco with Dolly’. It really couldn’t get any better. As a kid I listened to: Dolly Parton; Connie Francis; Peggy Lee; Nina Simone; Nina Hagen; David Burns; Donna Summers; Sylvester; The Temptations; Diana Ross; Tony Bennett; Bill Haley & the Comets; and everything in between. Strangely enough, I’ve never really been a fan of Elvis Presley or the Beatles. I don’t really know why.

ED: Do you think being openly gay has affected your career?
JS: Of course it affected my career and my life. As soon as you take that step from being in the shadows to stepping into the light, so to speak, you become visible and sometimes that makes you a target. You become free, but at the same time you become vulnerable. I wouldn’t change it for anything, though. It has really allowed me to discover who I am. I think it’s hard to be a gay man sometimes, because you spend a lot of your childhood being different. I often envy the men that had no awareness of their sexuality when they were young. As much as it’s made me who I am; it was quite traumatic. I spent most of my time confused, in fear, shame, guilt and despair. I had no idea what the hell was going on in my head and why I was feeling and thinking like I did. It’s hard work start your life out in such a difficult and fearful place. At the same time there is something within me that was so determined to discover who I was and my sexuality played a big part in that you know. For a long time, I was a gay man but now I’m a man that happens to be gay. That has been a long journey with ups and downs. Of course, I became famous; and a famous gay man; so people thought I was a spokesperson or a voice for our community for people and I didn’t really feel like I was that person. At the same time, I knew I had this platform to challenge discrimination and inequality. So I spoke out. It is been quite a journey so to speak (laughter).

ED: What are your thoughts about marriage equality spreading across Europe?
JS: I think marriage equality is a basic right that everyone is entitled. If you’re in a democracy then you should have the same rights as everyone else in that democracy. You should not be discriminated against because of the color of your skin color, sexuality or gender. I can’t believe we still live in democracies where people are discriminated against.

ED: Do you have a message you’d like to send out to LGBTQ youth?
JS: Life is hard. I can’t even pretend to tell you that there is a yellow brick road, because there is no fucking yellow brick road. It is really about your journey and believing in yourself. It is about doing the right thing and being honest. It’s also about finding out who you are. I think it really helps to reach out and connect with people similar to yourself  to become a stronger voice. I really think that can help you survive and thrive.

Michael Jackson and Prince helped define the ’80s. Without 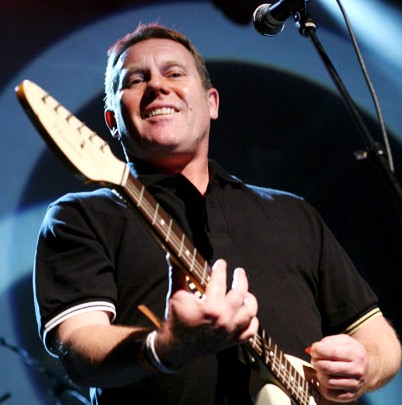 Dave Wakeling had hopes of becoming a chef and saucier

We Love The 80s…with Trent Von. And, Jimmy Somerville

Mr. Strangeways has been reliving his youth for the last 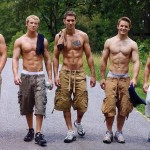 Previous: Spring Has Sprung: Get Out and Enjoy the Sunshine This Weekend 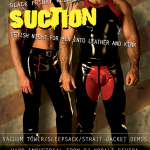 Next: Rubber Trouble at the Eagle…