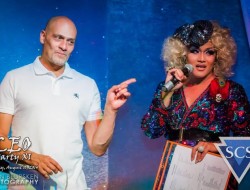 Get A Good Deal On Your Leo Party Ticket... 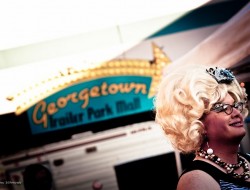 Michael Jackson and Prince helped define the ’80s. Without them, R&B, hip hop, and pop wouldn’t exist as we know it. Neither would all that company dancing you see in every music video these days.

So party like it’s 1987! Tonight at 9pm at The Nectar Lounge in Fremont, relive the greatest musical moments from the King of Pop and the…ummm…symbol! Before he was the symbol! You’ll also hear music from The Time, Janet Jackson, The Jackson 5, and more.

For $10 at the door, dance your tiny ass off to nothing but the best and rare cuts. From the Facebook page:

The Prince and Michael Jackson Experience with DJ Dave Paul from San Francisco playing album cuts, b-sides, un-released tracks, remixes, 12″ versions and the hits from the two artists as well as songs by ancillary acts.

Collectively, Prince and Michael Jackson helped define the early-’80s era of MTV, revolutionized both R&B and popular music, and influenced thousands of musicians worldwide. This party pays tribute to two of the greatest artists of our time.

The music is far from the only thing happening at this party, there’s theme dancing, a face-off between guests repping The Purple One or The King of Pop, and much, much more. This is the perfect night out to lounge with your friends, make some new friends, get your drink on, dance your @ss off and have the time of your life.

So for all of you who knew MJ was gay long before it came up in conversation, or who completely appreciated that Prince knew at least four instruments by the time he was ten, this is YOUR jam! Dance away the August blues! And make sure your tailored jacket has enough buttons. Buttons and glitter.