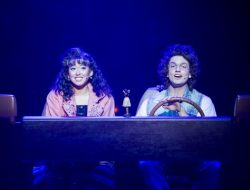 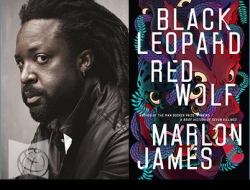 Doves will cry with happiness after hearing the news that MoPOP will unveil a huge new exhibit “Prince From Minneapolis” on April 6th. Produced in partnership with The Weisman Art Museum, the show will feature photography, art, musical instruments and costumes associated with Prince, the iconic funk rock musician who died two years ago at age 57.

Not surprisingly, the exhibit is focusing on Prince and his relationship to his hometown, Minneapolis, Minnesota. Unlike many musicians who abandon their original home bases to settle in NYC or Los Angeles, Prince continued to base his operations out of the Twin Cities, at the studio complex, Paisley Park he built in the southern suburb of Chanhassen. Prince also created and nurtured other area artists, like Morris Day and The Time, Sheila E. and Vanity and mentored producers like Jimmy Jam and Terry Lewis to create what became known as the “Minneapolis Sound”.

The new MoPOP show will open April 6th and run through January 4th, 2020. The exhibit is included in the general admission price at MoPOP but be on the lookout for announcements on special opening weekend events.

“Prince embodied so many of the themes we like to explore at MoPOP,” said Brooks Peck, MoPOP Curator. “He drew on the work of the greats who came before him, yet created his own, truly original style and sound. He defied convention and broke boundaries, and he continues to inspire musicians as well as artists of all kinds to this day.”
At the start of his career, Prince worked to create a unique and dynamic professional image. He collaborated with photographers in his local community, and several Minneapolis artists participated in the construction and dissemination of what is now his legendary image and identity. Four Minneapolis photographers – Allen Beaulieu, Nancy Bundt, Terry Gydesen, and Robert Whitman – are showcased in the exhibition, along with Troy Gua, a Seattle based artist, who uses art doll recreations of the megastar in different settings, and the Mexican American de la Torre brothers, who created memorial spirit figures in glass at Minneapolis’ FOCI glass studio days after Prince’s death. “WAM is thrilled that Prince from Minneapolis will soon be landing and expanding at MoPOP, Seattle. From early photographs of the megastar by Minneapolis artists to artwork of all kinds — paintings, blown glass, and even a bicycle — inspired by Prince, the exhibition strives to manifest the well known adage that ‘everyone has a Prince story,'” said Diane A. Mullin, Weisman Art Museum Senior Curator. “We look forward to the Seattle chapter.”
Also on view will be a portrait by famed Minnesotan seed artist, Lillian Colton, a painting representing city walls covered with flyers and graffiti by the Turkish painter Burhan C. Doğançay, and a Prince bicycle by independent frame builder Eric Noren of Peacock Groove. The bike won Best in Show and Best Theme Bike at the 2017 North American Handmade Bicycle Show, and was commissioned by and is on loan from Anna Schwinn, great-great-granddaughter of the legendary late nineteenth century bicycle pioneer, Ignaz Schwinn.
From Minneapolis to Seattle, San Diego, and New York City, and from mural painting to seed art, glass, and a custom bicycle, Prince from Minneapolis showcases examples of inspiration and broad geographical and cultural reach of the artist known as Prince.
Organized by the Weisman Art Museum.
For more information, visit MoPOP.org/Prince
ABOUT THE MUSEUM OF POP CULTURE (MoPOP)
MoPOP is a leading-edge nonprofit museum in Seattle with a mission to make creative expression a life-changing force by offering experiences that inspire and connect our communities. MoPOP reached multigenerational audiences through our collections, exhibitions, and community engagements, and educational programs, bringing understanding, interpretation, and scholarship to the pop culture of our time. For more information, visit www.MoPOP.org
ABOUT THE WEISMAN ART MUSEUM
Since its origin in 1934, the Weisman Art Museum has been a teaching museum for the University of Minnesota. Today, education remains central to the museum’s mission to create art experiences that spark discovery, critical thinking, and transformation, linking the University and the community.