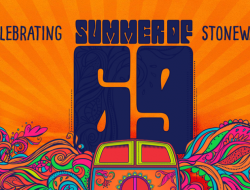 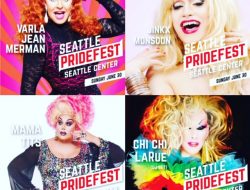 All The Big Outdoor Pride Festivals For Seattle Pride…ALL...

June 21, 2019 Comments Off on Prince Is BAAAAACK With His Version of “Manic Monday”!!!! Views: 942 *Seattle Musicland, Arts & Entertainment, Music

Prince Is BAAAAACK With His Version of “Manic Monday”!!!!

The Prince Estate has released a new music video for The Purple One’s original demo recording of “Manic Monday” a song made most famous by The Bangles back in the Olden Days of the 1980s.

More info below but also remember that Seattle has a terrific local way to adore Prince…at the Museum of Pop Culture where they currently have the “Prince From Minneapolis” exhibit on display RIGHT now so you can see and experience more of the greatness of the one true Prince.

THE PRINCE ESTATE RELEASES NEW MUSIC VIDEO FOR BELOVED “MANIC MONDAY” ONLY ON APPLE MUSIC
Premiere includes never before seen, unreleased footage set to Prince’s original demo recording off the new ORIGINALS album out now
The Prince Estate, in partnership with Warner Records, released a brand new music video for Prince’s original demo recording of the classic “Manic Monday” featuring never before seen, archival footage from his storied vault that provides a rare window into Prince’s creative process during a wildly productive era of his career.
Prince will forever be remembered as a commanding live performer, chart-topping recording artist, and music business revolutionary. Yet for all the time he spent in the spotlight over his four-decade-long career, Prince also worked tirelessly behind the scenes to nurture talent and pen songs for the rising artists he respected. The combined effect was a complete saturation and transformation of the pop music landscape, with Prince both leading and subverting mainstream culture.
As one of the most prolific writer/producers of our time, Prince dominated the charts with songs he’d composed and recorded for others as well. Several of the iconic songs found on the new Originals album were considerable hits for the artists who recorded them. The enormous success of “Manic Monday” propelled the single and its accompanying album, The Bangles’ Different Light, to the #2 spot on the pop charts.
Watch the brand new “Manic Monday” music video in full and catch up on all things Prince on Apple Music here: https://music.apple.com/us/artist/prince/155814
Originals is available on Apple Music beginning June 21.
The Prince Estate passionately presents Prince’s life and work, and cultivates opportunities to further his legacy. As the singular, authoritative source on all things Prince, The Prince Estate inspires and educates fans, celebrates Prince in his totality, and stewards Prince’s legacy into the future.