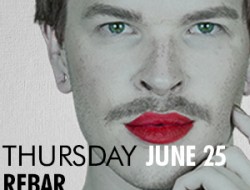 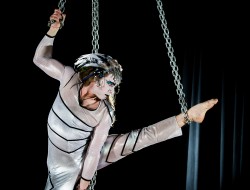 June 6, 2015 Comments Off on Stuff To Do: Cucci’s Cavalcade of Critter’s Take Over Kremwerk Views: 3037 After Dark / After Hours, Drag, Drag O'Tainment, Nightlife, Seattle Drag, Stuff to Do, We Love The Nightlife

Stuff To Do: Cucci’s Cavalcade of Critter’s Take Over Kremwerk Cucci’s one to watch…she’s bringing a barn yard full of weird critters to her new monthly show at Kremwerk.

Cucci Binaca has been on our radar for awhile now and we’re always delighted/terrified to see what the alternaQueen has up her sequinced sleeve. She’s now taking over Seattle’s newest/hottest/queerest/hippest venue, KREMWERK for an evening of bestial fun. CUCCI’S CRITTER BARN sounds like a show best described as “just like Sylvia O’Stayformore’s ‘Bacon Strip’ but only if Bacon Strip had unlawful carnal knowledge with some goat fuckers in Enumclaw….” Which is entirely appropriate since Miss Cucci is now the reigning Miss Bacon Strip!

In other words, it’s gonna be weird, wonderful, twisted and probably a bit sick.

More filth/info from the one and only Cucci herself…or, some minion:

Critter Barn will be showcasing local drag talent that couldn’t get booked anywhere else on a Saturday.

crit·ter
/ˈkridər/
noun
North Americaninformaldialect
a person of a particular kind.
“that critter right there only came out at night”

Kremwerk is at 1809 Minor Avenue right around the corner from Re-bar and it’s surrounded by nasty construction….give yourself plenty of time to get there.

The “Critter Barn” is apparently a new monthly show, first Saturday of the month at Kremwerk.