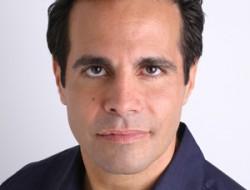 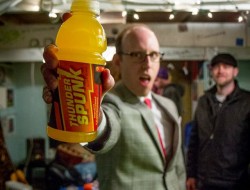 I mentioned some yesterday…Solo Performance Festival down at Theatre Off Jackson that includes a Sylvia O’Stayformore show, “Come Fly With Me!”

Another legendary star and co-equal to Miss Sylvia also has a Big Opening tonight. DINA MARTINA’s annual spring show opens at Re-bar Place for a month long run (give or take). AND, we happen to know that it features BRAND new video segments from Michael & Shane of Collide-O-Scope, so it should be super special awesome.

If you love to travel short distances, hop on a ferry to Bremerton to check out CUCCI’S CAKE BATTER starring the one of a kind (Bless Her) Cucci Binaca, one of our fasting rising drag superstars. Her very odd monthly show involves guest stars, drag, comedy and….cake. Since it’s in Westeros, we advise you to carefully study how the hell to get over to “Papa’s” in Bremerton before you leave the house. We will not be held responsible for your safety.

Meanwhile, in the inevitable Kevin Kauer/Nark Magazine Friday night event slot, it’s time for the monthly funfuckfest known as DICKSLAP at the Eagle, and this month they have a VERY special guest, the hunky and talented ANDY BUTLER from the musical group “Hercules & Love Affair”. It’s gonna be your usual night of filthy fun. (Psssst…..Andy is hanging around town all weekend and he’s also the star of Nark Magazine’s Saturday night warehouse shindig. Go here for info on THAT party….)

OH…one of favorite secret hang outs is turning 10 tonight…The Hideout is a TINY little gem hidden away at Madison & Boren on First Hill. If you love them, pop by and say howdy!

FINALLY, Washington State Leather Pride Week kicks off tonight and goes until the 29th. There’s a zillion events, some of them so FILTHY we can’t even describe their filthiness in a “family” rag like SGS. All involving leather clad zexy men getting all piggy wiggy with each other.

Note: to be fair, there are also events (some naughty) for WOMEN who enjoy Leather.

Check out ALL the options on our GORGY new calendar which features zillions of events.