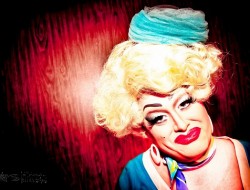 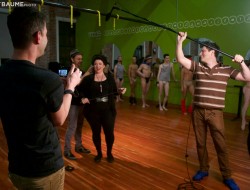 We Got a Sneak Peek at “Capitol Hill’s” Insane... The seventh season of RuPaul’s Drag Race is quickly dividing its audience. Our hometown winner of Season 5, Jinkx Monsoon, took to Facebook today to offer some sage wisdom to the newest crop of queens battling for the title of “America’s Next Drag Superstar”. Personally, I don’t feel like any of them pack the same punch talent-wise as say, Bianca Del Rio, Raja, or Jinkx Monsoon herself. Anyway, here’s what she had to say:

“Hi, everyone! This is Jinkx Monsoon and I have a special public service announcement for my sisters in Season 7. I love you girls, you’re gorgeous, but you’re doing it all wrong. Here’s the thing: you can’t just break out your couture gowns on Day 1. I mean, I see you guys going down the runway and you all like fabulous. Stunning! Flawless! That’s no way to win. If you really want to win, you’re going to have to break out your trashiest, tackiest looks and wear those. I mean, if you start at couture, you have no where to go! But, if you start at trash, thrift store bargain bin, then you can work your way up to couture and show growth.

Now, let’s talk about your lacefronts: Miss Fame, for example. Your hair looks like it’s literally growing out of your head! That’s never going to win you the crown. What you need to do is take a wig, pull it out of its bag, shake it around, harass it with a brush for awhile and just tack it to your head. That way you’ll show growth! Take it from me, RuPaul’s Drag Race’s tackiest winner. I hope you guys do stunningly from here on out, now that you have this very valuable advice. I’m Jinkx Monsoon, signing out.”

I think this is where the kids use that hashtag #micdrop, right? As for me, I will bite my tongue for now until I see the Snatch Game episode. Stay tuned!