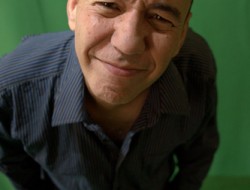 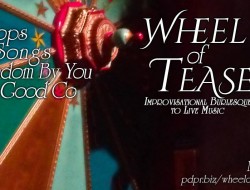 The one and only Joey Arias returns to Seattle’s Triple Door on June 18, 2015

It’s been too long.

Gender bending chanteuse and cabaret star JOEY ARIAS hasn’t been in Seattle for a couple years now, despite the fact the singer has strong ties to Seattle and its alternative arts scene. Arias performed many times at Re-bar over the years but the last appearance in the Emerald City was at The Triple Door in an event produced by Paula, The Swedish Housewife.

Though some time has passed and Paula has dropped the “Swedish Housewife” moniker and goes by her real name of Paula Sjunneson now, the trio of producer, star and venue will be reunited on Thursday, June 18, 2015 when Paula Sjunneson, with support from the ‘Mo Wave Festival, presents JOEY ARIAS: THE BILLIE HOLIDAY CENTENNIAL CONCERT at The Triple Door for ONE SHOW ONLY!!

The beloved downtown NYC cabaret singer and performance artist long admired for his ability to channel Billie in concerts seasoned with bawdy humor and audience interaction.

The show is the Billie Holiday Centennial Concert which premiered as part of the Lincoln Center American Songbook in February and received (a) glowing review in the NY TIMES. The show has been performed in Mexico City, London (Southbank Centre, Queen Elizabeth Hall) and New Orleans (Contemporary Art Center). It will soon be at SF’s Great American Hall and in Toronto at the Luminato Festival.

Tickets now on sale for this special event. Joey has legions of fans in Seattle, so it seems likely this could sell out. DON’T DAWDLE in snatching tickets to this All Ages show!