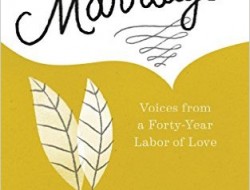 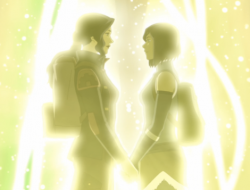 Henry Fonda and Barbara Stanwyck on the set of Preston Sturges’ ALL ABOUT EVE.

It really is too bad that beloved Seattle succubus Robbie Turner is out of commission with an alleged broken ankle which seemingly prohibits her for any/all social media and communication. (Does she use her ankle to type with?)

The sexy drag star of R Place and her own Robbie Turner Revue show down at the Hard Cock Cafe, is well known for her love of old Hollywood movies of the Golden Age and as a devoted fan of Turner Classic Movies. We’re surmising she must be a huge fan of the films of PRESTON STURGES the genius film director and writer responsible for a series of hilarious madcap comedies of the 1940s, all made at Paramount and all huge hits.

The fine folks down at Seattle Art Museum, aka SAM, have once again come up with a terrific film series for the summer and this year they’re paying tribute to Mr. Sturges by screening all of those hits, starting with last week’s showing of Christmas in July and continuing (they seem to be screening them in actual order of release) this Thursday, July 16th with 1941’s screwball class, The Lady Eve starring Barbara Stanwyck and Henry Fonda. It’s the tale of a father/daughter con artist team who set their sights on a dimwitted heir to a brewery fortune. Problems ensue when the daughter actually falls in love with the patsy who also happens to be a herpetologist (snake scientist). Despite its great age, The Lady Eve is still hysterically funny and one of the best comedy films of all time. Highly recommended!

Here’s more about the film series including the full schedule. You can buy a series pass OR try your luck by grabbing individual tickets at the door!

This series salutes Preston Sturges, the cinema’s foremost madcap satirist, who set a standard of comic perfection that today’s filmmakers still aspire to. In these six 35mm films, Sturges targets everything from politics and advertising to sex and hero worship, with pungent wit and affection. His incomparable blend of quirky, richly drawn characters, impeccably timed physical comedy, and stinging, rapid-fire dialogue has never been equaled.

Films in this series include:

Series tickets may be purchased online, at the Ticketing Desk at the Seattle Art Museum or the Asian Art Museum, or over the phone with a credit card by calling the SAM Customer Service Center at 206.654.3210.

Next week’s Sullivan’s Travels is also a gem, though it does get a bit too serious towards the end. (And, you should be aware of some awkward racial humor…it was a different time. If you’re easily offended by such material, then this might not be your film.) And, I would rank The Palm Beach Story as my second favorite Sturgis’ film after The Lady Eve. It stars Claudette Colbert, Joel McCrea, Rudy Vallee and the great Mary Astor and features a hilarious sequence on a train. But, all these films are delicious examples of madcap fun and screwball filmmaking at its finest! If you love old film, do not miss them.

Hopefully, Ms Turner will be up to seeing some of them when her cankles heal!!!