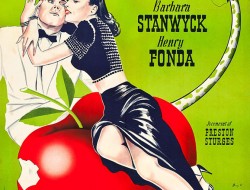 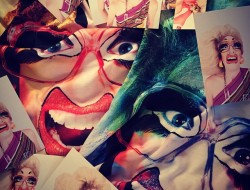 That’s right, folks. If you’ve been under a rock for the past few days of San Diego Comic Con, you probably didn’t notice that this post is a day or two late.

The best show ever to come out of Nickelodeon, The Legend of Korra, ended last year with a HUGE bang. (Yes, I realize that’s a bold statement. Feel free to argue with me about it on the Korra Q Facebook page.)

If you don’t know what I’m talking about, please immediately go marathon Avatar: The Last Airbender. Then, marathon the shit out of LOK. The request to watch the former first is only because LOK is a sequel that takes place in the same universe. Also, many LOK characters are related or knew the original “gaang.” DO. IT.

The huge bang? Finding out that two of the main characters, Korra and Asami, were interested in each other. Not as sisters, not as friends…as bisexual romantic-y thing. Not as a third wheel for their mutual ex, not as hardcore lesbians (per se), but as two women who grew to trust and like each other through mutual experiences and personal growth.

I won’t sit here and try to convince you that the relationship is canon. Bryke already confirmed it, soon after the show ended. If you can’t understand or refuse to see it, go cry in a corner over your beloved Mako.

Point is, ANY show that ends with a same-sex relationship is a big deal. Especially a show geared toward people under 21. And especially revealed in a completely tasteful, sensitive, inclusive way. Nickelodeon of course had some un/reasonable restraints on the creators, but Bryke found a way around it and let people’s imaginations run wild with the ending. Take a look:

Not only can the entire series be an allegory for marginalization, but isn’t it FUCKING NUTS that the LGBTQ community is FINALLY represented in a youth-centric story? On a major network? In a cartoon??

The second season involved Korra with Mako, a handsome school-girl crush kind of guy, and until season four, Mako awkwardly went between Korra and Asami. Korra went away for a few years to recuperate from a torturous situation (after which we saw PTSD conveyed), and the only person she wrote to was Asami. Asami always cared for Korra, and did you SEE the bisexual flag in the finale? HELLO!

Thanks to the magic that is #SDCC, Dark Horse announced last Friday that Korrasami will live on in a new comic book series. Avatar got its own comics, why not Korra? Folks, not only was it a huge deal for the series to end the way it did, but recent years have proven beneficial to the queer nerd community in terms of representation in comics. (See: Lumberjanes, Batwoman, Chew, Trees, Phonogram, Young Avengers, The Walking Dead, Saga, Rat Queens, etc.) Now, youths can pick up books wherever and whenever they want, and maybe there are some parents out there who monitor the content their kids are reading. But any parent who would allow their children to watch LOK should only expect good things from the books, too. The most exciting thing? Creators Konietzko and DiMartino will personally write them, ensuring that no one outside of Dark Horse can fuck it up. Nickelodeon can’t have creative control over what’s being portrayed, and they can’t force the storyline to go shorter or longer, like a clips show.

No release date has yet been announced, but you bet your ass I will be ON IT like flies on shit! And you should too!

*ahem* I believe you have some marathon-ing to do, yes?

P.S. This topic of queer representation in nerd-dom will be featured in my co-hosted QUILTBAG panel at Geek Girl Con ’15! Look for me there!