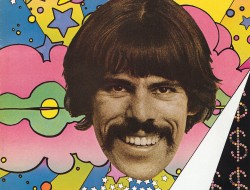 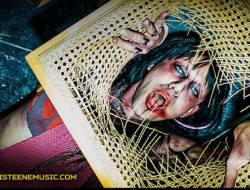 August 18, 2015 Comments Off on Once Pippin and Now King Charlemagne, John Rubinstein Arrives at the Paramount for the “Pippin” Revival Views: 4250 Arts & Entertainment, SGS Interviews, Stage 14 year old me played the original Broadway Cast album of Pippin until it wore out. Loved that massively curly headed eye candy, Jewish guy John Rubinstein who played Pippin, and he had a nice voice, too.

1976. I was a college senior smitten with a poster on my wall (next to Robby Benson) of that guy on ABC’s prestige drama series Family, the same John Rubinstein who played Meredith Baxter Birney’s ex-husband, Jeff. I finally got to watch him.  In ensuing years he impressed on the fun but poorly scheduled CBS father/son detective series Crazy Like A Fox, (Oscar winner Jack Warden was father).

In 1980 John Rubinstein won the Tony, Drama Desk, Los Angeles Drama Critics Circle, and Drama-Logue Awards for his portrayal of James Leeds in Mark Medoff‘s Children of a Lesser God.   He did other musicals too; most prominently he played Tateh in the American premiere Los Angeles run of the musical Ragtime in 1997.

DEH: So very pleased to have this opportunity, thank you so much.

DEH: (After telling him I was a fan boy back in the day) Pippin was a show from my teens so I feel a ownership, since it opened after I was born. Is it a full circle going from playing the son to the Father?

JR: Yes it is, it’s more bizarre and weird than it is anything else. And I love it. It’s a strange quirk of fate that what started out as “Let’s get the old Pippin to come play Charlemagne for a few weeks” has turned into 14 months on Broadway and on tour.  It’s amazing fun. Eric Berry as Charlemagne and John Rubinstein in the OBC of “Pippin” in 1972.

DEH: Has it been daunting for the actors playing Pippin opposite you to be working with the role’s creator?

JR:  Sure. First of all, the entire conception of the character has changed since then. Times have changed so much; we live in a different era.  Show business, the theatre, Broadway and all these things changed, we could talk for 3 hours just to illustrate what I mean. The character of Pippin in this revival from day one to now, the conception of him has really changed. The actors cast as Pippin in this tour is a gorgeous, hulking, built ripped model of a young man, with a fantastic voice with a tremendous range. He is so handsome that all the girls, and probably all the boys want to jump up onstage with be with him the minute he shows up. He does amazing acrobatic tricks. He rips off his shirt, and they all go “Aaaaaaaah!” because of his 6 pack. I wouldn’t even be allowed in the door to the auditions for the role if I was in my 20s right now! So first of all when they show up to meet me, I have no idea what is going on in their minds. I’m sure they go “Oh, that’s the OLD guy who played Pippin back in the 70s” and they know it and couldn’t be nicer and more respectful, but I bet that they sure aren’t daunted. If they listen to that old cast album I’m sure they think “Blah! That’s no singer. I could sing him 20 times under the table.” They look at the old pictures and think “Well, he had all that curly hair, but look at him, he weighs about 37 lbs. and I am infinitely better looking than him.” They don’t have the knowledge of what it was like to put a needle on a Broadway cast album. In the 50s and 60s Broadway music was the pop music. We weren’t a Broadway show clique, as we are considered now. Everyone was singing Rodgers and Hammerstein. Now pop and Broadway are miles, worlds apart. They don’t EVEN know Stephen Sondheim or Schwartz. They maybe know Schwartz because their older sister saw WICKED. They can quote every Rap lyric though.”

DEH: Seattle is unique in that we have so much theatrical training available all over the Puget Sound in fact, that sets us apart from most cities. Teens from here receive nearly college level training and some skip college and go straight to establishing careers in NYC.

JR: Really??? That sounds like some kind of a Paradise. Unheard of, even where I live in Los Angeles, one of the “show-biz” capitals of the world. Theatrical students are given hardly any shrift at all. That’s marvelous to hear.

DEH: I openly admit to having a major crush on you from the ground-breaking 70s ABC TV series “Family”.

JR: Awww. I did that show right after I left Pippin. And it was ground-breaking. Sada Thompson, James Broderick, not to mention Kristy McNichol. It was Mike Nichols only foray into television until he did Angels in America some 30 odd years later. And the writer was the wonderful Jay Presson Allen (screenwriter of The Prime of Miss Jean Brodie and Cabaret. They made that show completely unique in all of their professional lives.

DEH: And “Crazy Like A Fox” on CBS with the late great Jack Warden and you as Father and Son. It was sort of like a more hip “Murder She Wrote” with all your great banter together.

JR: Jack was the best. We came on that same season and in fact Crazy Like A Fox dominated Murder, She Wrote in the ratings. We came on at 9 pm right after them, and often dominated the time period, up against specials and movies. So then CBS decided to program movies from 9-11 pm. So we were moved from where were in the top 10 always to Wednesdays opposite Dynasty which was a gigantic hit at that time. And they moved us then to Friday, and moved us around so much our show got a little bit lost. We were cancelled at the end of our second season when both CBS and Columbia pictures changed hands. They dropped us while we were still a hit, which is one of the few examples of that in TV history.

DEH: But you always came back to the theatre, especially powerfully in the lauded original production of “Children of A Lesser God” with the amazing Phyllis Frelich, for which you won that season’s Tony as Best Actor in a Play.

JR: Talk about ground-breaking that was another one. Nobody had ever seen that before. The sign-language that was going on onstage was like a ballet, so beautiful physically and to have the ASL highlighted as it was in that play but not heightened at all from the way it goes on in real-life. A theatrical coup, and plus the play had so much to say. Plus, Phyllis Frelich, who died just last year, which was terribly sad. We had stayed in touch through the years, and that took me completely by surprise. I was devastated. She was amazing in it. So strong and expressive, and only saying 1 word at the end. Astonishing. Yes I was proud to be in it.

DEH: But you weren’t considered for the film?

JR: Not for a single nano-second. That’s sort of the way it is. They go by this star will put people in the seats, that actor won’t.  But no one had heard of Marlee Matlin so they needed a male star. I met the woman who directed the film, she never had me read, we spoke for half an hour. That was it.

JR: That is nice of you to say.

DEH: Rounding back and closing with “Pippin”, the ending was changed pre-Broadway. Then put back post-Broadway and now it has changed again. Thoughts on that?

JR: The way it was pre and post Broadway was the best. Bob Fosse was responsible. My original final lines when Catherine asked Pippin, on a dark stage, stripped of everything, how does he feel? I said “Trapped. So I paused, and then said with a smile, “But happy. And that’s pretty good for the end of a musical comedy.  The audiences went wild in Washington, DC and we got great reviews. Just before the critics saw the show on Broadway, Fosse told me to cut “But, Happy” out. I argued, but it was Bob Fosse. The changed ending drew silence. The show was not well-received in NYC by the critics. After Fosse was out of the loop it was changed back for the post Broadway/rental script. Then five or so years ago I came here (to Seattle) to see it at the 5th Avenue where my ex-wife Jane Lanier was playing Fastrada. I brought our 2 children to see their Mom. At the end the whole last dialogue was gone, and Pippin, Theo and Catherine go walking out down the house aisle, and I am saying to myself, “Where are they going?” Then Theo runs back onstage, and we see he is destined to repeat Pippin’s search and failures. Jane told me that Schwartz wanted the change, and it had only been tried a few times before Seattle. I liked the original. Period. I can see how the new ending can be rationalized, but I don’t like it.

DEH: Well John, it was an honor and thanks for making an old fan boy’s dream come true.

JR: Thanks David. You know I really enjoyed talking to you!

Pippin runs at Seattle’s Paramount Theatre from August 16 – August 23, 2015. Tickets are available on-line at stgpresents.org and tickets.com, by calling 877-STG-4TIX (784-4849) or in person at select Ticketmaster locations and at The Paramount Theatre Box Office (Monday through Friday, 10am to 6pm).