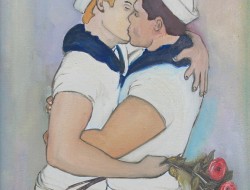 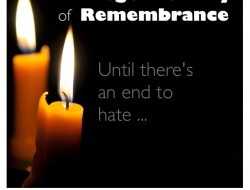 You have numerous opportunities to honor World AIDS Day this year. The event itself is Tuesday, December 1st and the 12th Annual World AIDS Day Breakfast Fundraiser will happen from 7:30 am to 9am at the Washington State Convention Center in Downtown Seattle with KOMO TV’s Molly Shen as emcee and as Keynote Speaker, Phill Wilson, President and Chief Executive Officer of the Black AIDS Institute.

More than thirty years into a worldwide epidemic, HIV/AIDS has had an undeniable impact on our community. While the number of new cases has declined, hundreds of people in our community are still diagnosed with HIV every year. More than 12,000 people are living with HIV in Washington state, 60% of whom live in King County. Since the start of the epidemic, more than 6,500 people in Washington state have died as a result of the disease.

At the same time, our community’s progress in responding to HIV has been remarkable. 92% of gay men living with HIV in King County have been diagnosed. Of those people, 74% are virally suppressed, meaning that they are engaged in treatment sufficient to bring their viral load to undetectable levels, making it nearly impossible for them to transmit the virus to others. The rate of new HIV diagnoses in King County is down 23% from 10 years ago. These numbers are extraordinary, the best of any city in the United States and quite possibly the world.
We’ve achieved these extraordinary results by working together. It’s through the combined efforts of agencies like ours, and through your generous support, that we’ve been able to make a difference.

The 12th Annual Stronger Together World AIDS Day Breakfast is the largest benefit of its kind in the Northwest and a fundraiser for Gay City Health Project, Seattle Counseling Service, and CareTeams, a program of Samaritan Center of Puget Sound, with support from Inspire Youth Project and Center for Multi-Cultural Health.

Phill Wilson will also make an appearance at an event sponsored by Gay City Health Project. Mr. Wilson will speak that evening (Dec 1) from 6pm to 7:30pm at the Seattle Public Library, downtown Seattle, 1000 4th Avenue in an event open to the public and free of charge, “about his experiences navigating the intersections between the black community, the LGBTQ community, and HIV.”

If Rotarian style breakfasts and conversations in libraries ain’t your thing to honor World AIDS Day, the musical delights of  “We Are One: A Free World AIDS Day Concert” at Langston Hughes Performing Arts Institute, 104 17th Avenue South (the corner of 17th & Yesler in the C.D.) might be more up your alley. It features some terrific performers presenting music from around the world and it’s happening Saturday, December 5th from 2pm to 5pm.

A free concert to lift your spirit in commemoration of World AIDS Day 2015, featuring performances by:

MHHAN is a network of community-based organizations and concerned community members working together to end the disproportionate impact of HIV and Hepatitis within communities of color.

The partners of MHHAN who specifically volunteered to bring this concert to you for free:

It’s a free event open to the public.