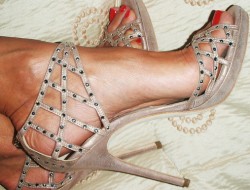 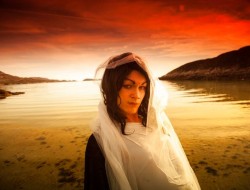 You probably don’t know this, but Gay City Arts is the cool arts program at Gay City Health Project, aka “Seattle’s Current LGBTQ Center”. In addition to their monthly art shows, they also are doing fantastic theater/dance/performing arts events in their terrific community meeting space, Calamus Auditorium. We’ve focused on many of their events in recent years. We love to support Gay City Arts.

Apparently, they’re also doing a super great fundraiser called LUSH US for Gay City Arts on Saturday, February 6th at a much bigger venue: Town Hall and they have a big, famous guest star, the fantabulous hometown singer/songwriter, MARY LAMBERT as one of the artists showcased. Though, oddly, we haven’t seen any P.R. on this event or anyone promoting it despite the fact it’s just a couple weeks away. It sounds like a winning event for a good cause. And, with some other great performers involved:

Mary is of course best known for her collaboration with Macklemore and Ryan Lewis on the Grammy nominated marriage equality song, Same Love from a couple years back.

Tickets are only $25 for GA but they have $95 VIP tix for those inclined to generosity. You can snag them over HERE.

Mary Lambert will be doing a special meet and greet during an exclusive pre-show VIP reception, featuring lite bites and a VIP only bar. VIP tickets, available for $95, will also include access to front row seating during the show. Only 50 VIP tickets will be sold!

Town Hall offers a variety of accessibility services. For questions or alternate accommodations, please call Town Hall’s Patron Services at 206­652­4255, ext 13 or email patronservices@townhallseattle.org. Feedback on enhancing these services is always welcome. If assistance is needed at a Town Hall event, look for a staff member with a silver name badge on.

Wheelchair/walker accessis available in the Great Hall and Downstairs. Patrons should plan to enter the building through the front/main entrance on 8th Avenue. Wheelchair seating is available in both the Great Hall and Downstairs. Reservations aren’t necessary, but to reserve seating ahead of time, contact Patron Services at 206­-652-4255 ext 13. Additional seating accommodations­ Seating is available for patrons who need clear sightlines to the stage or for those with hearing loss issues. To reserve seats in advance, please call Patron Services or ask a Town Hall staff member on site.

Non-gendered restrooms will be available for this event.

(I was a judge at Pride Idol a couple years ago with Mary, and she is, not surprisingly, adorable. GO see her in this show!)