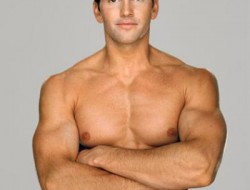 Titan Men To Aaron Schock: “We’ll Give You A... 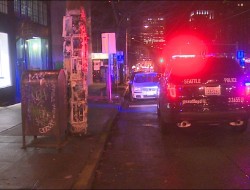 Oh, my…if you’re in the mood to be entertained by ignorant comments, then head over to the Facebook invite for the upcoming Pussy Riot event at Seattle Theatre Group’s Neptune Theater on Monday, February 8th. “Feminist Punk and the Police State” is being billed as “A Conversation and Film Screening with Maria Alyokhina and Ksenia Zhivago”. The controversial feminist punk band/protest group elicits a lot of strong opinions and there are quite a few dumbass comments on the FB invite including a lot of whining that “this event is too expensive…it should be FREE for the People to attend!”

The comments are either a hoot, if you enjoy stupid people saying stupid things, or aggravating if the same annoys you. Reader beware…

Tickets are still available for the event (it’s not THAT expensive…$32.50 plus fees for the all ages event) over HERE.

Here’s more info on Pussy Riot and this event:

STG presents Pussy Riot: Feminist Punk and the Police State: A Conversation and Film Screening with Maria Alyokhina and Ksenia Zhivago at The Neptune Theatre in Seattle on Monday, February 8, 2016.

Following a screening of the documentary film “Pussy vs. Putin,” Pussy Riot members Maria Alyokhina and Ksenia Zhivago will engage in a moderated discussion with local Russian scholar Mariana Markova.

Mariana Markova is an independent researcher and translator. She has a PhD in Anthropology focusing on the post-communist transition narrated through life stories of ordinary Russians. Her current research is on the creative forms of resistance to turning the Orthodox religion into a political ideology. Before coming to the US, she worked for the United Nations and Doctors Without Borders. Mariana Markova now lives and works in Seattle.