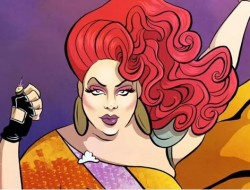 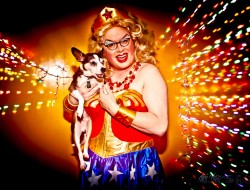 Sylvia Goes To The Dogs With May Day Dog...

Calendar Marking Time…For “Dining Out For Life” On April 28

It’s back. The huge annual fundraiser for HIV/AIDS charities across the country, DINING OUT FOR LIFE returns to Seattle on Thursday, April 28th. It’s the perfect way to raise money…it combines a good cause with EATING! AND, some of our FAVORITE restaurants are participating including Fogon on Capitol Hill and Hudson in SoDo!

On Thursday, April 28th ,over 100 restaurants   throughout the Seattle metropolitan area will donate 30% or more of their proceeds to Lifelong. Thank you in advance for joining thousands in your community to help fight hunger and illnesses such as HIV/AIDS. By dining out, you made a huge difference.

Because of your support (and the support of others like you!) in 2015 we were able to feed over 1,600 individuals by providing 37,047 bags of groceries and 161,401 nutritious meals to those in need. Dining Out for Life is one of our biggest, most important fundraisers of the year—it’s been going strong in Seattle for over 20 years, and ensures that our food program, Chicken Soup Brigade, can continue to provide our clients with healthy food catered to their specific medical conditions.

We’re excited to see you dining out on April 28!

Interested in becoming an ambassador for one of our restaurants? Click on the Volunteer Application and we’ll find you the perfect spot!

AND, for Beer Lovers, Lifelong is also hosting an event this Friday, April 22nd with Two Beers Brewing Co. & Seattle Cider Company who have created a beer dedicated to Lifelong called the Lifelong Lager! A portion of the sale of each keg will be donated to Lifelong.  The event will be held at 4700 Ohio Ave South in SoDo! It’s happening from 4pm to 7:30 pm.