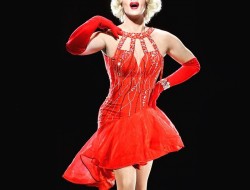 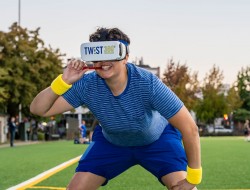 TWIST360º Taps Into The Virtual Reality Revolution As It... When my wife and I hurled ourselves into the Pacific Northwest from down south in 2012, we did so with both reckless abandon and purpose. We knew we wanted to be here, but we didn’t have a plan. We had no clue how it would work out and we lucked out. Seattle is cool. Brooklyn is cool, too. It’s more quirky in that Austin/Portland way, “keeping it weird,” and that’s the jumping off point for the remarkably deadpan funny odyssey that is WOMEN WHO KILL.

The film’s protagonist, played by Ingrid Jungermann (also its director and writer, who won for the latter at both Tribeca and Outfest film festivals this year) approaches a new romance with the same topsy turvy approach my wife and I employed with our cross country move. Jungermann’s Morgan is drifting through hipster Brooklyn’s Park Slope neighborhood, still living with and doing a perversely popular podcast about female serial killers with her ex-girlfriend when she encounters her Emerald City, Simone. She’s an enigmatic, perhaps interloping, new volunteer at the banal local food coop. Morgan is drawn to her in ways she struggles to understand. Suddenly her stagnation gives way to purpose. Their cryptic banter over a first drink raises the bubbling noir feel of this casually taught film to a cautioned height. Yet Morgan still strolls through her cool blasé environment, going along to get along by attending a stripper lesbian bachelorette party and a sex toy house party conducted in the same flat fashion as a 1960s Tupperware party. What many would find titillating is just another day in ever eccentric Brooklyn.  Even the coup of interviewing the “Bad Professor” serial killer (played bitingly sharp by Annette O’Toole) is just another day at the office. Oh, but then there’s Simone, looming and confounding her rote existence.

As a New York breakout star/writer/director, Ingrid Jungermann’s filmmaking could easily be seen as a more mature, lesbian approach to that of Lena Dunham, who performs the same triple threat with her “Girls” on HBO. But Jungermann’s work is drier and less sensational. The way she mockingly spoofs the concept of a podcast that explores the techniques of and qualifies levels of sophistication of female serial killers conveys the depth of her understanding that society has become insidiously overstimulated with violence to the point of boredom. But the film never feels that heavy. It’s a dark, scary, fun modern classic.