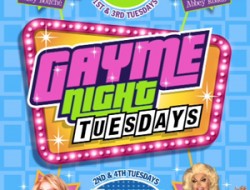 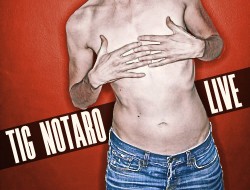 Forward Flux is the very interesting local arts production company created by Wesley Frugé who moved to Seattle a couple years back with a mission to create an arts organization devoted to creating a variety of different kinds of works presented in a variety of different ways. The company presents the new works series, The Flux Salon as well as a monthly arts podcast (“Live from The Flux Salon”) as well as artist residency programs and fully produced productions of new plays. They kicked off a year ago with a double header of two full length one act plays presented at the Calamus Auditorium at Gay City on Capitol Hill and they have returned to the same venue a year later with two new works: the West Coast premiere of Chisa Hutchinson’s dark comedy The Wedding Gift and the World premiere of Sarah Bernstein’s The Summer House, a play developed with the playwright by Forward Flux. Each play is approximately 70 minutes long and both plays are in repertory at Gay City through October 8th. Forward Flux’s production of “The Wedding Gift” onstage at Gay City though Oct 8, 2016

We’ll start with the odder of the two plays, the “Twilight Zone-y” The Wedding Gift which is set in…well, no spoilers but let’s just say it seems to be set in an alternate reality from our own Earth and it centers on a rather bland, pasty, Average Joe named Doug who wakes up one day to discover he’s been stripped naked and is going to be offered up as a wedding gift to a newly married couple…who speak a strange language and who live in a culture far different from Doug’s. The newlyweds are apparently royalty and while the Princess Nahlis seems to be quite taken by Doug, her oafish husband Prince Beshrum is less enamored. Fortunately for Doug, there’s a Priestess named Onjah who speaks English and out of pity for Doug’s plight, she tries to help him return to his existence…wherever that is…but, things get complicated as Doug starts to realize the truth about his predicament and surroundings.

To make things even more interesting, Doug is white and everyone in this odd new world is…not. Chisa Hutchinson’s clever premise is a topsy turvy take on your usual story about the sexually exploited and enslaved except in her version the usual oppressor in these kinds of tales…a thirty something white guy, is the one being exploited and enslaved at the hands of those more traditionally portrayed in media and literature as the oppressed. It’s one part trashy “Mandingo” style pulp fiction as seen through the twisted story sense of Rod Serling but  expressed through a lens of post-colonialism and feminist inspired intersectionality. It’s a very modern take on a classic twisted tale.

It’s also a witty charmer. The basic story structure is sound, and with a bit of pruning it really would have worked as an episode of The Twilight Zone or Outer Limits.  Despite the fact the majority of the cast speak a “foreign” language created specifically for this play, it’s easy to follow and understand (and the language created is quite clever). The ending is a tad…not that surprising but in the context of the kind of play this is and it’s need to have that kind of “gotcha” resolution, it works well. Forward Flux creator Wesley Frugé co-directed the play with Pilar O’Connell, and they’ve done a fine job of staging within the small space limitations of the Gay City space. They use every inch of the space given.

The Wedding Gift is also happily blessed with a strong cast with Nazlah Black (as the Princess) and Marquicia Dominguez (the Priestess) both giving emotionally compelling performances that especially stood out. Andrew Shanks does a fine job of playing the gift; it’s a role requiring the actor to strip down both emotionally as well as physically, so hats off to Mr. Shanks for handling those demands with great skill.

Doing two shows in one small space means that one of the two shows will probably have to be fairly simple on a visual level and while The Wedding Gift’s set is just carefully placed draperies and creative lighting, it’s highly effective. But, that simple background just helps the elaborate and fantastic costumes and jewelry pieces to be more shown off to their advantage; designer Carolyn Hall has worked wonders with her creative costuming and gorgeously intricate jewelry and accessory designs. Forward Flux isn’t a wealthy company by any means and they need applauded for doing a fantastic job while Designing On A Budget.

In a nutshell: The Wedding Gift is a clever piece of sly writing and playwright Chisa Hutchinson is definitely one to watch out for. While The Wedding Gift is a sci fi little bon bon with a bit of gravitas to it, Forward Flux’s second production of the month is a completely different kettle of fish…The Summer House is a very modern piece with only three characters and a very contemporary feel. There’s nothing “otherworldly” about this new play by Sarah Bernstein which takes place at…well, a Summer House some place on the East Coast at the tag end of summer as the three young college age renters prepare to pack up and leave. But, there is a sense of something gone wrong as they start to pack up…a local girl they’ve been partying with has vanished and there are vague suspicions that something isn’t quite right.

Thrillers are hard to write and hard to stage (it’s very tough to actually surprise and scare people on a stage nowadays…audiences are very jaded.) But, The Summer House isn’t really a straight out thriller…it’s more of a darkly comic observation about the lives of the modern young and the most interesting aspects aren’t the mysterious noises coming from outside but the relationships and dialogues between the characters. That’s Sarah Bernstein’s great gift; she has a knack for creating smart, crackling dialogue and highly natural conversations. The best scenes in the play are the chummy exchanges between Dylan, the shyly sweet college girl and her best friend, the “bad girl” Harley. It feels like we’re eavesdropping on real people having a private gossip session in the privacy of their own dorm room.

It’s also aided by the performances of Te Yelland as the less confident Dylan and Tori Nelson as the very over confident Harley. They’re very real and present in these roles and their scenes together are the play’s strongest. There’s a great cinematic vibe to their conversations and revelations and they make a very compelling team.

But, less compelling is the role of Gil, and it’s not a question of it being any one person’s fault. I think Ms Bernstein felt more comfortable writing the Dylan/Harley scenes…those scenes feel authentic while Gil and Dylan’s big scene just does not. Gil very much feels like the “third man out” in this play. He’s an awkwardly written character and at times, the actor seems like he feels awkward in the role as well. He’s not well integrated into the story of the play and I think it’s more a fault in the writing than it is in the fault of the acting, or even the direction. Gil needs some work.

And, that’s kind of my overall view of The Summer House…it needs some more work. I think it unwise of them to call it a “world premiere”; to be honest, I don’t think this play is done yet. It has some terrific moments and scenes, mostly between Dylan and Harley, but the Gil character desperately needs to be more fully developed. And, the ending….the ending feels very much like “um, I’m not sure how to wrap this all up so let’s do THIS!” even though it doesn’t make much sense. I would also encourage further exploring and opening up the thriller aspects of the play which eventually just sort of petered out by the end. That sense of mounting dread really helped propel the first half of the play and when it faded away, to be replaced by an awkward courtship, a confrontation and the final bit of “anarchy”, it weakened the dramatic thrust of the play.

Again, Forward Flux has mounted a handsome production here, with The Summer House getting a more sophisticated set and lighting than The Wedding Gift. I will quibble with the sound effect used as the “What was that?” scary noise…it was a flaccid effect. It sounded like the Stage Manager dropped a book on the floor. And, there’s a couple overly long and fussy set changes to turn a couch into a bed…it really wasn’t necessary to do that change. It was overly distracting and it could have been done with simply having the actress enter the scene with the blanket wrapped around her and bringing her own pillow. Less fuss and less muss.

I enjoyed The Summer House…it has some very strong individual moments and displays Sarah Bernstein’s great talent for dialogue. But, it needs a bit more time in the creative oven before it needs to be seen by future audiences.