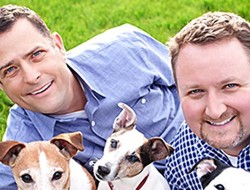 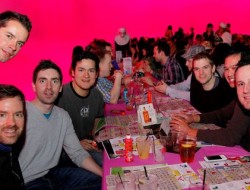 It’s been making our blood rile for over 30 years….the FDA ban on gay men donating blood or blood products. Implemented in the early days of the AIDS Epidemic in the 1980s to prevent HIV tainted blood from being transmitted to blood recipients, the US ban continues to this day despite the fact many other countries have lifted similar bans due to advances made in blood testing. After the Orlando Pulse Massacre in June of 2016, gay and bisexual men demanded for the right to donate blood in just such an emergency as a sign of support for survivors. The FDA responded by allowing “MSMs” (Men who have sex with men) to donate blood provided they have not had sex with another man for at least a year prior to the blood donation.

The community was outraged at such a feeble and unrealistic response and the demands for FDA changes in policies have continued. Addressing these concerns, Seattle’s own Gay City LGBTQ Center is hosting a forum titled “Bad Blood? A Conversation about the FDA Ban on Gay Blood Donation” next Thursday, February 23, 2017  at 6 pm. The discussion will be lead by Bloodworks NW president and CEO, Dr. James P. AuBuchon and will focus on the blood ban and how it affects our community as well as the future of blood donation for men who have sex with men.

More from their press release:

Bloodworks Northwest announced  that James P. AuBuchon, MD, president and CEO will participate in a panel discussion on blood donation by gay and bisexual men titled Bad Blood? A Conversation about the FDA Ban on Gay Blood Donation. The panel will be held at Gay City, Seattle’s LGBTQ center, on Thursday February 23, 2017 at 6 p.m. Gay City is located at 517 E Pike St, Seattle.

The forum will take an in-depth look at the U.S. Food and Drug Administration (FDA) ban on blood donation by men who have sex with men (MSM), its history, recent changes and the future of blood donation within the gay community. Bloodworks Northwest is a nonprofit, community-based blood center and medical research institute serving more than 90 hospitals in western Washington, Oregon and Alaska.

The panel was spurred in part by the aftermath of the Orlando gay nightclub attack in June 2016 when 49 people were killed and more than 50 others were injured. The gay community rallied to donate blood to support survivors. Due to the FDA ban on gay and bisexual men donating blood, they were turned away by blood centers.

The previous lifetime ban on blood donation by MSM was changed last year (8/23/2016) to a one-year deferral period. That means men who have not had sexual contact with another man in the past 12 months can be eligible to donate blood.

“I am pleased to participate on the panel at Gay City, and to provide background information on the history and medical considerations surrounding this important topic. Blood centers, the gay community and the FDA have had a long-standing exchange around appropriate methods of protecting the blood supply and accepting a broader community of potential blood donors,” said AuBuchon. “One of our roles as community-based center of expertise in blood and transfusion is to provide reliable information on medical issues for key community organizations such as Gay City.”

Other members of the panel include Christopher Peguero, a longtime social justice activist, and Phil Bereano, Professor Emeritus at the University of Washington and ethicist.

In July 2016, the FDA announced it was officially reconsidering its blood donation policy. The regulatory body put out a request for public comment in the Federal Register, asking people to submit ideas on the issue. Public comment closed on November 7. Bad Blood? A Conversation about the FDA Ban on Gay Blood Donation

Dr. AuBuchon has a distinguished career in transfusion medicine and blood research, having trained at the National Institutes of Health before serving in regional and national positions of the American Red Cross Blood Services, and 18 years at Dartmouth–Hitchcock Medical Center as Medical Director of the Blood Bank and Transfusion Service, and later as Chair of Pathology and Professor of Medicine at Dartmouth College. He served as a member of the Advisory Committee on Blood Safety and Availability of the U.S. Department of Health and Human Services, and has chaired the Biomedical Excellence for Safer Transfusion Collaborative, an international research group dedicated to improving transfusion.