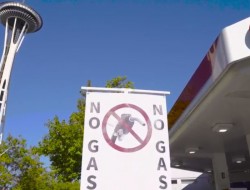 The “Green Neighborhood Revolution” Starts With A “No Gasoline... 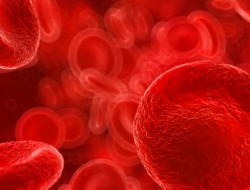 Gay City Hosts Forum On Our “Bad Blood”: The... Curt Freed and Robert Ingersoll won their court battle this morning as the Washington State Supreme Court ruled in favor of the gay couple who sued a Richland Washington florist for refusing to provide them with service because she disapproved of same sex marriage.

Curt Freed and Robert Ingersoll sued Arlene’s Flowers in 2013 after Richland Washington business owner Barronelle Stutzman declined to provide flowers for the couple’s wedding. Despite the fact Stutzman was personally friendly with couple, she refused to provide them with her services, citing her religious beliefs and conviction that marriage can only be between one man and one woman. The couple sued Stutzman for violating Washington State laws against discrimination and won in a lower court but she appealed and the case went before the Washington State Court last fall.

Today, by a vote of 9-0, the Court ruled that Stuzman had violated the law.

Today, by a unanimous 9-0 vote, the Washington State Supreme Court held that it is illegal in Washington for a business to offer services to opposite-sex couples and yet refuse those same services to same-sex partners. I personally argued the Arlene’s Flowers case before our Supreme Court because of its importance to our LGBTQ families in Washington. Just like it’s unlawful to turn away customers based on their gender, religion, or race, no one can deny someone services because of whom they love.

Via The Human Rights Campaign:

In the case of Ingersoll v Arlene’s Flowers filed by the ACLU on behalf of Curt Freed and Robert Ingersoll, the court found that Arlene’s Flowers clearly violated the state’s non-discrimination law when refusing to provide floral arrangements to a gay couple because of the owner’s personal religious beliefs.

“Freedom of religion is fundamental to American society, that’s why it is firmly protected by the U.S. Constitution. People should also never use their personal religious beliefs as a free pass to violate the law or the basic civil rights of others,” said HRC Legal Director Sarah Warbelow. “Businesses who are open to the public should be open to everyone on the same terms. We congratulate the ACLU on their important victory in this case upholding fairness and equality under the law.”

Washington is one of 19 states that provide protections against discrimination in employment, housing, and public accommodations on the basis of both sexual orientation and gender identity.  Nobody should be turned away from a business open to the public just because of who they are.

Via The Office of Mayor of Seattle, Ed Murray:

“The question that was in front of the Washington state Supreme Court has been asked and answered since civil rights activists first sat down at Woolworth’s lunch counter to protest racial segregation in 1960. Today’s ruling confirmed that discrimination has no place in our civic life. As our historic state LGBTQ legal protections make plain, all people have the right to enjoy life without having to experience bigotry. Washington values are enshrined in these laws. Regardless of sexual orientation, race, gender, or faith, all people are guaranteed the right to public accommodations, housing, and employment. The state Supreme Court has set a clear standard: religious beliefs do not allow a business to freely discriminate against the public.”