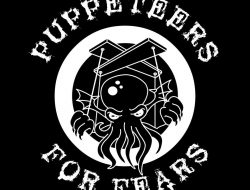 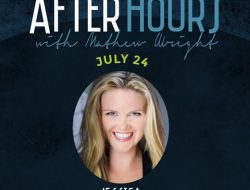 “Greensward” and “Alex & Aris”: Two New Plays Recall Theatrical Styles Of The Past

Two new plays in Seattle both feel like theater from another era. One has its charms and the other…less so. The charm belongs to MAP Theatre’s GREENSWARD a new comedy play from popular veteran Seattle actor R. Hamilton Wright who also has a sideline in play writing. His previous plays have been adaptions of popular novels and characters like the pulp fiction thriller “Double Indemnity” and Sherlock Holmes (some of which he co-adapted with another Seattle actor turned writer, David Pichette) but this new work was done all on his own and is a completely original story.

Greensward concerns a sweetly naive young scientist named Dr. Timothy Hei who is working for a governmental department on a project to develop a botanical miracle…a grass that needs little water, little care and no mowing after it matures. Dr. Hei seems to have succeeded in his quest and after word gets out about his miracle grass, his life becomes a roller coaster ride of not only fame and potential fortune but also one of mystery, danger and possible romance as he finds himself falling for his very efficient new publicist/handler April. He also has to deal with being pursued by a sinister array of bumbling government officials, menacing covert ops working for a variety of corporate interests and a variety of media outlets and oddball fans/foes.

It all boils down to a lot of silly, frothy fun with tongue firmly planted in cheek as Mr. Wright lampoons the contemporary media scene and the cult of celebrity and mass marketing. Greensward is an odd little show in many ways and stylistically, feels like a comedy from the late 60s or early 70s. You can easily imagine the lead being played by Dick Van Dyke or Robert Morse and the female love interest could be Stefanie Powers or Michelle Lee or Barbara Feldon with a slew of beloved 60s characters actors all playing the supporting roles…paging Paul Lynde and Alice Ghostley!!  If you like that kind of light comedy, you’ll probably very much enjoy this play. Richard Ziman does a fine job of staging all the silliness; it never ventures too far out of control and it’s very well designed and executed with a clever but simple set by Brandon Estrella and sharp lighting design by Tess Malone being standouts.

The actors are all charming with Kevin Lin appropriately sweet and befuddled as the professor and Peggy Gannon appropriately brisk and efficiently endearing as the Gal Friday he crushes over. The rest of the cast all play multiple roles with Ashley Bagwell making a lot out of his very broadly drawn Southern Fried CEO with the world’s worst hairstyle and Marianna de Fazio in two roles as a sweet young social media star and a slightlly unhinged tree hugging radical feminist who has some issues with Dr. Lei’s new invention. It’s a strong ensemble of talent.

To be honest, Greensward wasn’t particularly my cup of grass  but it’s good, clean, modest fun for a warm summer evening of theater. Recommended for audiences looking for a light evening of silly entertainment. Darragh Kennan is Aristotle and Chip Sherman is Alexander in the new play “ALEX & ARIS” at ACT. Photo: Chris Bennion

ACT has a brand new play making its world premiere this weekend but it’s more of a drama (with some comedic moments) and aims to be a tad deeper and more profound than a silly romp about lawn care and espionage. It’s the two hander, ALEX & ARIS by Moby Pomerance and it’s a two act play about the relationship between the ancient Greek philosopher/teacher Aristotle and his pupil, Prince Alexander of Macedonia who grew up to become Alexander the Great. Yes, the same Alexander the Great who conquered much of his part of the world circa 325 BC and the same one who inspired a movie over a decade ago where an improbably cast Colin Farrell played Alexander (with Angelina Jolie as his mother and Christopher Plummer as Aristotle and Jared Leto as his best friend/probable lover, Hephaestion).

As per the title, this play only concerns young Alexander and his relationship with “Aris” and the story begins with a rather cloying and cliche “meet cute” moment with an exhausted and aggravated Aristotle arriving in Mieza a small suburb of the Macedonian capital city of Pella to teach the young prince in the rather run down old temple assigned to them as a classroom. There’s a young man present when Aristotle arrives and the philosopher assumes this is a slave sent to greet him but of course (since this is a two character play…) we already know this is actually Alexander himself and the fact this mistaken identity bit goes on for a very long time is already an indication we’re in dangerous waters with this play. The “mistaken identity” bit was old hat when the actual Aristotle was around…it’s not a great way to begin an evening’s entertainment.

Frankly, I never found a way INTO this play to ever really enjoy it. Two character plays rely on strong characters that are interesting and well rounded and while these characters are certainly strong individuals, there’s nothing very compelling or original about the way they are presented here. It’s yet another “Teacher/Student” plot where an aged and wise mentor must guide the foolish youth towards wisdom/maturity/ destiny and all the other hokum associated with such a formulaic tale. The mentor is always a quirky sage with a curmudgeonly tone and a twinkle in the eye and the youth is some combo of stoic/naive/impetuous/fearful/yearning/sexually confused. Throughout the course of Alex & Aris, the student learns some valuable lessons about life and honesty and integrity and the usual things one must learn but of course it all ends up with him conquering and enslaving a large chunk of the world stretching from the Mediterranean to the Persian Gulf much to the horror of Aristotle.

All of these cliches and tired old plot devices make Alex & Aris also feel like a play from a bygone era…maybe a lesser known and not much beloved live TV drama from the 50s. Not one of the revered ones by Rod Serling or Paddy Chayefsky…more of a Studio One teleplay that vanished into the ether after it aired in 1954. Structurally and thematically, it doesn’t feel very fresh or original.

Yet, conversely, this play has issues with assigning modern behaviors and attitudes to ancient characters.  We have Alex in denial about issues with his sexuality, acting terrified and nervous when Aristotle brings up Alex’s apparent devotion to fellow student Hephaestion…which is ridiculous. A Greco/Macedonian prince in the 4th century BC would have little embarrassment about admitting fondness for another male of the same upper caste. A 14 year old being embarrassed by his affection for another teenage boy is a modern conceit in a world where “gay” is dangerous and still suspect. We also have Alexander using phrases like “It’s complicated” when asked to describe a relationship and the playwright even has Aristotle blurt out “War is Hell!” at one point. The entire play is clunky and contrived like this. There are some brief moments between the two characters that feel dramatically compelling and real, but most of those moments actually hinge on the talent and the charisma of the two actors playing the characters but not on the actual text or direction of this play.

There’s not much else to say about this play. There’s nothing very original about it and nothing overly artistic. It’s a formulaic story that has a few nice moments in it. The two actors in it, Seattle veteran Darragh Kennan as Aristotle and out of town import Chip Sherman as Alex both do nice jobs and have a compelling chemistry with each other. Robert Aguilar has some colorful lighting effects and I liked Melanie Burgess’s costumes which manage to feel both very modern while honoring the historical accuracy of the period.

Alex & Aris isn’t a bad play; it’s modestly interesting and moderately informative. But, so were those old strip films we watched in 8th grade history class (if you’re old like me)…only difference is, we never had to sit and watch them for two hours straight.