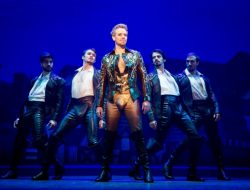 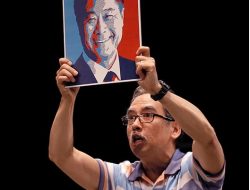 Maya Angelou’s I KNOW WHY THE CAGED BIRD SINGS is problematic.

Not as a memoir. The renowned and beloved poet/writer/civil rights activist won fame and accolades for her groundbreaking first memoir, detailing her life as a young African American girl growing up in a harshly segregated world in various locations around the country including San Francisco, St Louis and the Jim Crow terror of a tiny town in rural Arkansas in the 1930s and early 1940s. “Caged Bird” starts with Angelou’s memory of arriving in Stamps, Arkansas at the age of 3, along with her older brother who were both sent essentially as baggage from their California based parents back to Arkansas to be cared for by Mama Johnson, her paternal grandmother, and their crippled Uncle Willie. This sense of abandonment and neglect at the hands of Angelou’s mother and father, are a central theme of the story and establish the peripatetic nature of Angelou’s life both as a child where she was unable to have much influence over this constant upheaval, but also in her adult life where the writer led a life that took her all over the world prior to her breakout as a writer with the 1969 publication of I Know Why The Cage Bird Sings.

And, that’s one of the problems of presenting this memoir as a piece of staged drama, especially by a company like Book-It Rep who are strongly adamant about being faithful to the source material. Reading a book about a life featuring constant changes in locale can be fascinating. But, dramatizing that same story on a stage can make for a problematic production…it’s not easy to create dramatic build up and tension with a plot that bounces from A to B to C and back to A multiple times over the course of 2 hours. The plot of “Caged Bird” takes Maya from the age of 3 to the age of 17 and from Stamps to St Louis back to Stamps to San Francisco to Los Angeles to Mexico then back to Los Angeles then finally back to  San Francisco for the conclusion. Tough to stage but not impossible…after all, this episodic kind of structure is used in all forms of entertainment.

The chief issue with dramatizing “Caged Bird” is….well, there’s gonna be a spoiler revealed for those of you unfamiliar with the story…so, if you’re sensitive to major plot reveals, you need to leave at this point…but, before anyone leaves I want to make a point to say here that I very much admire this beautiful production. It’s superbly directed by Malika Oyetimein who is on a streak of directing compelling excellent plays in Seattle. It’s cleverly staged with great touches like having the all black cast don white gloves/attire to portray white characters in the play. It has beautiful design work from Christopher Mumaw (sets) and Matthew Webb (lights) and Stephon Dorsey (sound) and K.D. Schill (costumes).

The nine person cast (of which 7 of them portray dozens of characters) are uniformly superb led by Aishé Keita’s poignant and compelling work as “Young Maya”, portraying a character that has to age from a toddler to a teenaged adult over the course of the play, and Brennie Tellu as the “Adult Maya” who narrates the story and sometimes interacts with her younger self. The pair give beautifully realized performances here with the aid of perfectly cast ensemble that includes the always incandescent talents of Shaunyce Omar, portraying a pair of very different but very compelling grandmothers, as well as Dedra D. Woods as Maya’s complicated mother and a superb Chip Sherman as her loving older brother Bailey. And, I’ll take this moment to commend Mr. Sherman and Ms Keita for their sensitive and honest portrayals of child characters and Ms Oyetimeian’s thoughtful direction of those actors. Frequently, adult actors can go off the rails when playing children but both actors here give organic, natural performances. Ronnie Hill, forefront, and the cast of I KNOW WHY THE CAGED BIRD SINGS at Book-It Rep through October 15, 2017. Photo: John Ulman

One of the reasons that I Know Why The Caged Bird Sings became a highly successful and much praised book was due to Angelou’s revelation of a very tragic event in her life…her rape at the age of 7 by a man who was dating her mother while they lived in St Louis. That horrifying incident and its aftermath form the keystone for “Caged Bird” and serves as its most powerful and dramatic moment.

And, it occurs in the first half of the book and thus in the first half of this faithfully adapted play of that book. Thus the first act of I Know Why The Caged Bird Sings is emotionally powerful and compelling and riveting theater. But, there’s nothing of equal power in the second half to balance out that drama and as a result it feels a bit…flat. That’s a pitfall of faithful adaptations of non-fiction stories…you can’t change the facts to benefit the drama. BUT, it has to be said that there’s nothing wrong with moving things around in adapting one piece of media to another. This version of “Caged Bird” was adapted by Myra Platt, Book-It co-founder/co-artistic director (who has adapted this material previously in a prior production) and director Malika Oyetimein. Dramatically, the first act is superbly constructed…there’s nothing to fault here. But, bluntly put, the second act doesn’t live up to the first. It doesn’t ruin the experience or the beauty of Maya Angelou’s words or this story, but it is a failure of dramatic structure. To make I Know Why The Caged Bird Sings a compelling whole piece of dramatic theater, it needs reconstructed. Whether that means moving plot elements around and changing the structure of the story, or even bringing in elements from other pieces of Angelou’s writing, I don’t know but I’m convinced there is a way to adapt this superb material into an equally strong piece of theater writing as well.

That said, this “Caged Bird” is very much worth seeing and now I can praise the talents of a key actor in this production, Ronnie Hill who plays multiple roles but primarily shines here as the crippled Uncle Willie in the Arkansas scenes then rivets the audience with an abrupt change in character in the St Louis section as Mr. Freeman, who rapes Maya at age 7. Each performance on its own astounds…”Uncle Willie” for the actor’s commitment to the physical difficulty of creating a believable crippled character who is full of warmth of love for his family and then turning around and playing the sad monster of “Mr. Freeman” and performing very difficult scenes involving the molestation of a young girl but still managing to make Freeman a flesh and blood character and not just a “boogeyman”. It’s very impressive work and some of the best acting seen on a Seattle stage all year. Kudos to Mr. Hill for a job well done.

But, this entire cast shines as does the production itself. The structural issues of the play don’t disguise the power of Maya Angelou’s life story or her beautiful words or the excellent interpretation of that life with Book-It’s production. I Know Why The Caged Bird Sings is highly recommended for all audiences.